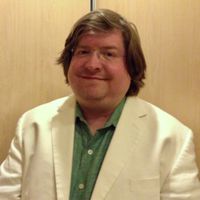 Chasing new flavors and better ingredients has always been Tom Richter’s style. In the late 1980s, he tended bar at San Francisco’s landmark Zuni Café, with its a pioneering bar program featuring fresh juice. From there, he came to embrace the New York City craft cocktail movement from his place behind some of its most innovative and important bars, including The John Dory, Dear Irving, the much-lamented Beagle and the legendary Milk & Honey and Attaboy.

“The little Mexican lime press that you see everywhere now—those of us at Zuni were using it there, and the only place you could get it was a little weird hardware store in the Mission District,” says Richter. These hand presses were unknown in New York at the time, so he’d often bring them back from trips to San Francisco. Those were simpler times.

The same restless research for improving drinks led Richter to start his own tonic syrup brand a decade ago. To create a better Gin & Tonic, Richter began researching the origins of tonic water and its many recipes. “There was this quality that I liked in this one and that quality that I liked in that one, so I just combined what I thought worked,” he says. “Luckily, I was writing everything down.” The resulting Tomr’s Tonic has been a hit with both consumers and bar programs ever since.

Many bartenders with years of experience might pivot to “brand work” as the next step in their career, but Richter went one better. He brought his vast knowledge of spirits to a liquor distributor, allowing him to build an entire spirit portfolio from scratch.

In April 2017, Richter became the first spirit portfolio manager for David Bowler Wine & Spirits. “When I was a bartender, I was that guy looking for something new and exciting,” says Richter. “Now, I’m looking for things new and exciting that I can show to bartenders.”

Bowler, a well-known wine distributor based in New York, had only a few spirits on offer when Richter came aboard. Since then, he has been building the portfolio to be a true alternative to the big distributors, with spirits in every category, from workhorse whiskeys and gins to unique and unusual liqueurs. “I’m finding the right things to fit each slot in my portfolio,” he says. “I want to build everything in.”

Richter has already found some remarkable spirits, both domestic and imported, to bring to new markets. He has forged partnerships with a new generation of American distillers and made traditional European and Mexican spirits available in the U.S. for the first time.

“You’re always looking for new whiskeys, because (thank God) whiskey is the new vodka,” he says. “And I’m finding some really great things that are exquisite and not overly expensive. I just brought in a line of single-malt scotch, which really thrilled me. Most single malts are owned by the conglomerate companies, but I found a couple that are not.”

In addition to these bar staples, Richter delights in unearthing one-of-a-kind spirits that aren’t available anywhere else. Such as the Sakura gin made by Lockhouse distillery in Buffalo, N.Y. Buffalo hosts the third-largest cherry blossom festival in the U.S., and Lockhouse harvests the leftover blossoms every year, making a seasonal dry gin with spectacular floral notes.

Cory Muscato, a partner and the distillery manager at Lockhouse, notes Richter’s “focus on nuances that are driving the growth and revitalization of spirits.” In his search for smaller, standout producers, he says Richter shows his “understanding that not all brands have the means to compete in the same capacity with the larger, more privileged producers.” But through David Bowler Wine & Spirits, those small brands can reach a larger audience.

“He’s the expert on the product, and I’m there to understand what he needs,” says François Gaillard, the owner of 71 Vintage, an exporter of French spirits who works with Bowler and Richter. “If we were playing golf, I’m like the caddy, and he’s the golfer. I say, ‘You should try this and this.’” Bowler currently imports the luxurious Jean Cavé line of Armagnacs, but Gaillard is always on the lookout for new opportunities to bring global spirits to Richter’s attention.

Sometimes, new spirits appear in unexpected ways. At the ProMéxico event in Oaxaca last year, designed as a “speed dating” event to connect local producers with American importers, Richter came upon a diamond in the rough.

“For two days, from 9 to 5, you sit at a table, and every 20 minutes somebody gets up and somebody else sits down. I tasted probably 200 mezcals in two days,” says Richter. “But there’s a lot of really overmarketed, gringo-owned, slick-bottled juice out there that all tastes the same.”

When one of his appointments turned out to be with a winemaker who had sat at the wrong table, a man with a bottle of agave spirit—but no appointment—took a chance. “He didn’t speak a lick of English. I can stumble through Spanish enough that we were able to communicate. It was the most beautiful stuff. It blew my mind. He gave me a full bottle of it that I brought home. I’ve been tasting everyone on it. And we’re going though the label process now, and we’re going to be his importer.”

The spirit, known as Del Que Toma el Cardenal, will be available from Bowler later this year. Although made in the same way as mezcal, it hasn’t gone through the costly step of registration with Mexico’s mezcal regulator, so it can only be labeled as “agave distillate.” Instead of bringing in big investment to navigate the regulatory bureaucracy, says Richter, “this little family did it themselves.”

Every new addition to his product line is selected with bar use in mind. “What I’ve learned is that the front lines are the bar, and you have to get people to taste it that way.” Offering bartenders something new, high-quality and at a reasonable cost, he says, is a way to open doors. “To me, that’s the bottom line: the taste and the cost,” says Richter. “Don’t waste your money on packaging, because most of the time the bottle costs more than the juice.”

Tasting bartenders on new products is Richter’s favorite part of the job. “Just to watch them go, ‘Whoa, wait, what?’ Whether they buy it or not.”

Any superlatives he uses he says have to be backed up by the truth in the glass. “When I was behind the bar and a distributor would come in and say, ‘I have this new gin that’s terrific, it’s better than blah blah blah,’ I always pulled out a bottle of blah blah blah, poured a taste of it and tasted them side by side, just so that we’re all on the same page. When I make those claims now, I’ve already tasted them against what I say.”

With so much great liquor available in the world today, Richter sees a need for better curated spirit lists, calibrated for the specific flavors of the specific cocktails they’re found in. Milk & Honey was famous for always having two examples of every spirit—one for stirring and one for shaking.

Richter advises bartenders that when tasting a new product it’s not sufficient to taste them on their own but to “make the cocktails that you’re going to make with them, to see how they stand up.”

But what’s the main advice Richter has for bartenders? “Taste everything. Everything!” They would be wise to follow it, especially when it comes to the special products he’s bringing together at Bowler.