6 Tips to Help You Be a Better Bourbon Hunter

It’s hard to believe that not long ago—2008, 2009—you could stroll into your neighborhood liquor store and walk out with a bottle of Pappy Van Winkle 15-year-old bourbon. No special order, secret handshake or stratospheric markup. You could just buy some top-shelf whiskey on your way home from work.

For all there is to love about the current bourbon boom—more distilleries, more brands, more quality brown booze in more places—there’s at least one major downside: The rare stuff has become nearly unattainable.

“I wish I could go back in time to before things got crazy,” says Jordan Moskal, the co-founder of Breaking Bourbon, a website for American whiskey enthusiasts. The same bottle you could pay $68 for off the shelf has today become one of the most sought-after whiskeys in the world, selling for as much as 20 times that amount on the secondary market. Just how crazy is the Pappy frenzy? An empty bottle can fetch hundreds of dollars on eBay.

“Looking back, I think we took the availability for granted,” says Moskal. “Even as recently as 2013, you could find bottles on the retail market. It wasn’t always easy, but you could get it. Now, hunting down those limited-edition bourbons has almost become an art.”

Well, welcome to art school. This fall, as Kentucky pushes out its most coveted cult hooch, including the vaunted Van Winkle line and Buffalo Trace Antique Collection, don’t stand around complaining that your cup is dry. Get out there and hunt. These six tips can increase your chances of scoring a taste of rare bourbon.

Don’t be the schmuck who struts into a liquor store in the middle of July asking for a bottle of Van Winkle 20-year-old. Unless you know exactly when your favorite limited-edition bourbon begins its long journey from distillery to liquor store, then you stand little chance of procuring any. Breaking Bourbon keeps an up-to-the-minute release calendar that tells you what’s coming out and when. Read it. Memorize it. Check it weekly for updates. Likewise, whiskey blog Bourbonr runs a Pappy countdown clock and publishes an unofficial Pappy release map, which zeros in on when bottles arrive in specific states.

Generally speaking, a lot of the big allocated bourbon releases happen in the fall. That doesn’t mean you can snooze for the rest of the year. The key to good whiskey hunting, says Moskal, is to start early.

2. Use the Buddy System

Make sure the spirit buyer at your local liquor store is your buddy. “It’s all about building those relationships,” says Moskal. “Figure out what stores in your area are getting limited-release bourbon, and visit them in person, weekly, biweekly. Become a regular customer.”

This means learning the employees’ names, their kids’ names, their hobbies. Spend some time talking to them about which products they love and recommend. And don’t always make it about the bourbon, or they’ll suspect you’re kissing up for the good stuff (which, of course, you are). But most importantly, buy from them. Merchants might not always remember names and faces, but they rarely forget a good customer.

Though nothing beats in-store face time with bourbon gatekeepers, many retailers communicate with their customers through social media. It’s not unusual for stores to send out info on allocation and how they plan to deal with limited-release bottles, on their Facebook or Instagram feeds. So be sure to follow them, especially as release dates grow near and Pappy panic sets in.

More and more, retailers are turning to lotteries to deal with the massive demand for their paltry Pappy supply (which can be as slim as two or three bottles). Find out which stores in your area have them and enter every single one. It might be a long shot, but tell that to the lucky bastard sipping on Pappy 23-year-old right now.

Also, Moskal warns: “Be sure to add the liquor store telephone numbers to your contacts so you don’t accidentally ignore a call only to find out later that you missed out on a bottle of Sazerac 18-year-old. And yes, he adds, “that is speaking from experience.”

5. Take the Hunt on the Road

You’ve baked cookies for every liquor store owner within three zip codes, yet still no Pappy. It might be time for a change of scenery. Bottle shops in heavily trafficked metro areas tend to be picked over by the end of release season, but what about the million mom-and-pop stores off the beaten path? Are they worth panning for Pappy?

“You can sometimes get lucky,” says Moskal. “Especially in stores for which bourbon isn’t a big focus. Ask the owner if they have any old inventory lying around. You never know what could turn up. You might just find something special.”

6. Find Your Way to a Great Whiskey Bar

Guarantees don’t come cheap in the world of rare bourbon. So if you’re absolutely gung ho on gulping down the best of the best, make your way to one of the dozens of whiskey bars and restaurants across the country that carry limited-release whiskey, and be prepared to shell out a pretty penny. Like, $50-plus-per-shot pretty. The folks at The Pursuit of Pappy Van Winkle publish a nifty list of Van Winkle–kissed establishments you can check out, like San Francisco’s Hard Water. Visit one and settle in for a nice long bar-sit. Don’t think of it as giving up so much as inspiration for next year’s hunt. 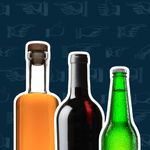 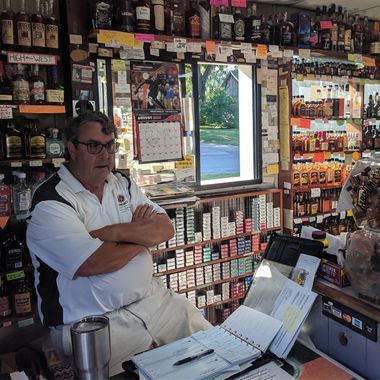 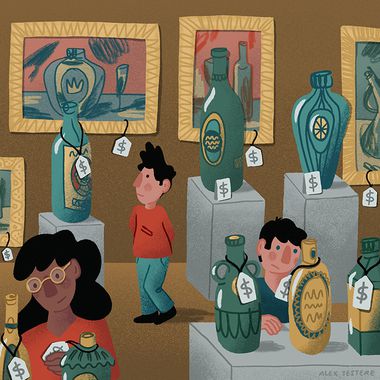 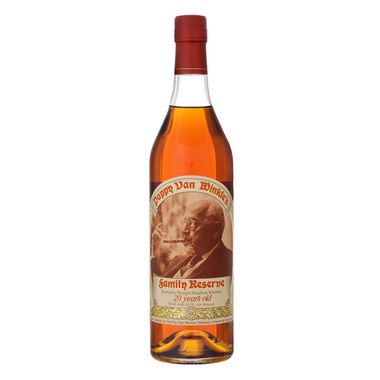 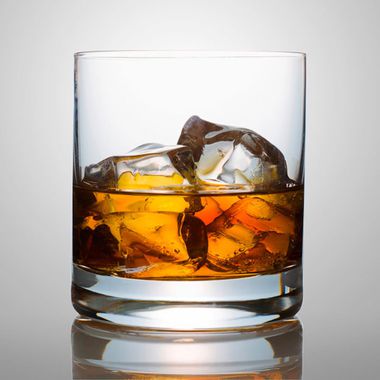