How Much to Tip Your Bartender

It’s the same story every time. You sit down at a cool new bar and order a drink. The bartender makes it, you pay and then there’s that nagging feeling: Did I tip enough? Did I tip too much? Why is this so hard?

How much to tip is perhaps the most difficult dilemma you’ll encounter while out on the town—besides deciding what to have. To help you out, we turned to Liquor.com’s illustrious advisory board. Together, this group of mixological luminaries has decades of experience behind the stick, and we got some solid advice you can put to use.

First off, tip a percentage of the tab, not a flat rate. Dushan Zaric, Allen Katz and Jim Meehan recommend leaving at least 20 percent, no matter if you’re ordering beer in a dive or a fancy mixed drink at a high-end lounge. Gary Regan is even more generous: Tip “as much as you can possibly afford,” he says.

A few situations merit extra tipping. If it’s happy hour and drinks are discounted, Zaric suggests dropping at least $2 per beverage, while Katz says a tip of 25 percent is appropriate. And if you’re lucky enough to get a freebie, Katz says to add a minimum $5 to what you’d have tipped if you’d had to pay for it.

However, tipping extra on the your first round isn’t necessary—“a large first tip (followed by smaller tips) suggests you want special treatment as a guest,” Meehan says, but “a well-run bar with a good bartender should not solicit or encourage this type of tipping.”

There’s also no reason to tip more generously if you’re paying with a credit card versus leaving cash. And if you see a tip jar on the bar, ignore it: Both Zaric and Katz prefer to leave their tips on the bar, as this lets staff keep better track and properly divide up tips at the end of the shift.

What if you get bad service? Be gracious. “Remember what goes around comes around,” Zaric says. “I sucked once, too, and people still tipped me.” Eventually, he got better: The best tip Zaric ever received was a whopping $1,000! To be fair, it was on a $1,000 tab. 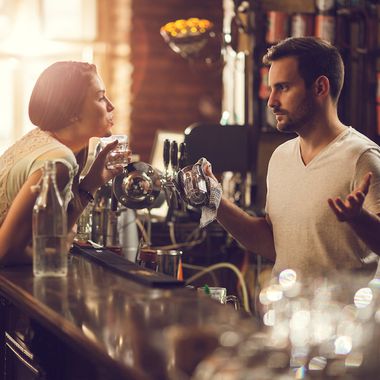 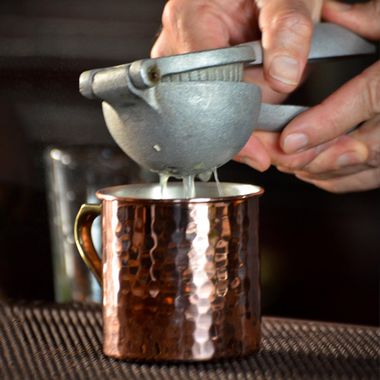