Everything You Need to Know About Hot Sake

When it comes to sake, some like it hot.

“People think too much about what styles of sake should and should not be served warm,” says Chizuko Niikawa-Helton, the sake sommelier and founder of Sake Discoveries, a New York City consulting company and public relations firm invested in spreading the rice-wine gospel. But unlike many sake evangelists, Niikawa believes that most sake can be served warm. To prove it, she launched a pop-up in 2015 in Manhattan called Sake Caliente aimed at introducing Americans to warm sake culture.

While the first recorded writings referencing heated sake date back to the eighth century, with Japanese poet Yamanoue no Okura, it was during the early 1990s that Japanese culture began to proliferate across the U.S.––with New York as a major hub––and Americans were first exposed to warmed rice wine.

Back then, “it was hard to get high-quality sake in the states, so futsushu [low-quality sake] was served warmed to mask the harsh flavors,” says T.I.C. Restaurant Group COO Sakura Yagi, whose family, with 13 restaurants and bars, is responsible for helping develop New York’s East Village into the Japanese-centric neighborhood it is today.

“Now that people have a greater knowledge and a love of sake at a more advanced level, they are starting to explore the sakes they already enjoy in different ways, by heating [them] up,” she says.

One of the most important distinctions to understand when it comes to heating sake is that sake temperature isn’t simply hot or cold, as many believe. Kanzake is the Japanese word for warmed sake, but within this term, heated sake is broken down into a number of classifications, which range from jouon (room temperature sake served at 68°F) to tobikirikan (extremely hot sake served at 133°F)

But the most common heated sake temperatures—and what you’ll typically encounter in a restaurant—are nurukan (warm) and atsukan (hot). During the 1990s, when Yagi’s family opened both Sake Bar Decibel and sake-centric Sakagura, the intent was to introduce New York to rice wine as “a wide-ranging beverage that had complex flavors and aromas,” says Yagi. Today, both sake-hinged establishments will heat the wine, but “we don’t serve any sake only warm,” says Yagi, because that would defeat the purpose of proving the beverage’s flexibility.

While it’s now fairly easy to find premium sake in the U.S., New York continues to be a leader in both traditional Japanese cuisine and Japanese beverages. So it’s not entirely surprising that America’s warm sake trend is heating up in the Big Apple.

And while it’s indeed common to find warm sake more frequently consumed in Japan during colder months, Niikawa says that many drink the beverage all year round, comparing the preference to sipping hot coffee or tea during the summer.

Today, with a wider range of sake imported into the U.S., Japanese beverage experts are equipped with better tools for convincing drinkers that certain rice wines improve with heat. “I’d love to encourage people to try warm super-premium daiginjo” says Niikawa enthusiastically, agreeing that, as a generalization, top-tier sake in which the rice grain has been milled down to 35 percent or less should be served chilled.

But it really comes down to the rice wine’s flavor, says Niikawa: “If the sake doesn’t have much fruity or flowery notes, such as Hakkaisan or Kubota, from Niigata prefecture, I highly recommend to try it warm.” Typically, Niikawa recommends warming sakes with umami and richness, as the heat adds a velvety texture to the wine, plus “a beautiful long finish.”

Karen Lin, the beverage director and general manager of SakaMai in New York City, agrees. “Generally speaking, sake with more umami and texture can have enhanced flavors when warmed,” she says, adding that in the last few years some of her sake mentors “have demystified the warming of high-quality ginjo sakes.” Per Yagi, sake aromas change with temperature, and “warmed sake brings out the nuttiness and the umami of sake, so it can be paired well with richer foods.”

Niikawa is especially keen on drinking warm sake with unctuous ingredients like fatty wagyu beef, cheese and mushrooms. Meanwhile, Nancy Cushman, the co-owner and of O Ya in Boston and Mexico City, says that while her guests typically order chilled sake, her restaurants will often serve rich and earthy sakes warm alongside yakitori and grilled fish. 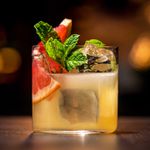 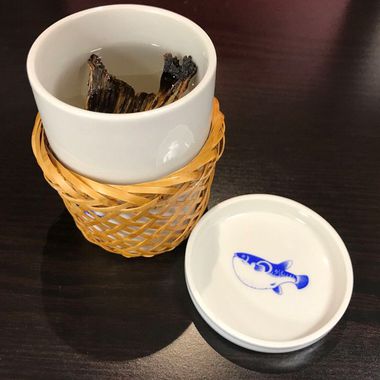 Inside the Deadliest Cocktail in the World 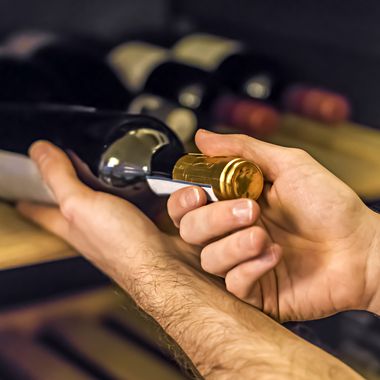