Tequila, the well-known Mexican spirit, has been around for centuries, which is plenty of time for a few good tall tales to surface.

Despite its common association with rabble rousers like salt and lime or in ’70s one-hit wonders like the Tequila Sunrise, this agave spirit has stood the test of (lots of) time and is as respected among top bartenders as bourbon and scotch. Even George Clooney put his hard-earned money toward starting a brand of the stuff.

And like bourbon, more officially known as America’s Native Spirit, tequila distillers have a stringent set of rules they must abide by. Those include ensuring that each bottle is made in the proper location—from the correct ingredients—and that reposado and añejo versions are aged for just the right amount of time. But, as they say, Rome (or in this case Tequila, Jalisco) wasn’t built in a day—or even a millennium.

Tequila didn’t start out as the partier’s shot of choice. It didn’t even start out as the tequila we know today. The Aztecs prized a fermented drink known as pulque, which used the sap of the agave plant (this technique was also likely used by the Olmecs, an even older civilization dating back to 1000 B.C. that was based in the lowlands of Mexico). The milky liquid was so important to Aztec culture that they worshipped two gods known for their relationship to booze. The first was Mayahuel, the goddess of the maguey, and the second was her husband Patecatl, the god of pulque. Though the first documentation of pulque—on stone walls, of course—appeared around 200 A.D., the drink really caught on centuries later when the Aztecs received a surprise visit from the Spanish.

While there are multiple theories on the beginning of agave distillation, a common telling involves the Spanish invasion and primitive mud stills. The parched Spaniards couldn’t be without their brandy for too long, so when supplies began to run low, they improvised with mud and agave, essentially creating what we know today as mezcal. (Remember: All tequilas are technically mezcals, but not all mezcals are tequilas.) In the mid-1500s, the Spanish government opened a trade route between Manila and Mexico, and in the early 1600s, the Marquis of Altamira built the first large-scale distillery in what is now Tequila, Jalisco.

The Cuervo family, who everyone now knows and loves, began commercially distilling tequila in 1758, followed later by the Sauza family in 1873 (and, we’re sure, a few other small producers in between). According to Salon, Don Cenobio Sauza was responsible for identifying blue agave as the best for producing tequila—and by this point what we now know as tequila was likely being produced at these distilleries.

1936: The Margarita is Invented

As was the case with rye whisky from Canada during Prohibition, tequila also found a home among American scofflaws. Unable to get their hands on much beyond second-rate whiskey and bathtub gin, drinkers in the U.S. began taking advantage of Mexico’s sweet agave nectar—not to mention the more than one hundred bars in Tijuana that were plentiful with drink and easy to access.

By the time 1936 rolled around, it was once again legal to drink in the States and going to Mexico for a good time was no longer requisite. But a newspaperman named James Graham and his wife took a trip to Tijuana, where they wound up in one of the surviving bars run by an Irishman called Madden, who was known around the area for his Tequila Daisy. Though Madden admitted that the creation of the drink was a lucky mistake, it’s become one of the most celebrated in the U.S. (margarita in Spanish means daisy). When was the last time you celebrated Cinco de Mayo without one? (Assuming you celebrate that strangely American of Mexican holidays.)

In a move to take ownership of the term “tequila,” the Mexican government declared the term as its intellectual property in 1974. This made it necessary for tequila to be made and aged in certain areas of Mexico, and it also made it illegal for other countries to produce or sell their own “tequila.” The Tequila Regulatory Council was additionally created to ensure quality and promote the culture surrounding the spirit.

From the humble pulque to today’s craft tequilas, bartenders around the world are taming the humble agave nectar into more than simple Margaritas and Tequila Sunrises. In 2009, Phil Ward opened Mayahuel, celebrating the current state of fantastic tequila and mezcal available in the U.S. (the name was inspired by the Aztec god, who birthed 400 drunken rabbit babies). The bar helped popularize tequila-fying classic cocktails like the Oaxaca Old Fashioned. Since then, multiple noteworthy bars across the country have arrived, including 400 Rabbits in Austin, Texas. Most recently, Ivy Mix, who was named the Best American Bartender at this year’s Tales of the Cocktail, opened Leyenda, a Mexican-inspired watering hole serving tequila cocktails that would make the Olmecs raise a glass in wonderment. 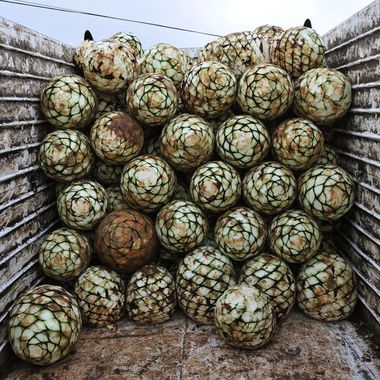 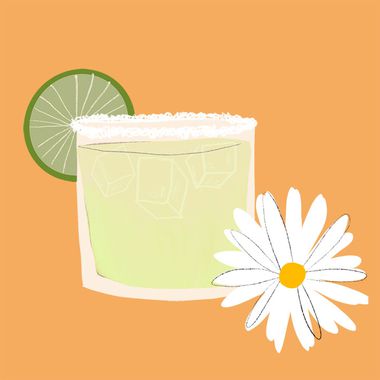