When some people think of rum, their minds wander straight to the white sands of the Caribbean—palm-tree-lined distilleries and their adjacent docks, waves lapping against the shore. But rum can be produced anywhere in the world, including the mountainous regions of North America, Nepal, Guatemala and Brazil. (Well, Brazil produces cachaça, but we’ll get into that.) And, as you might have guessed, making rum in the mountains versus the lowlands has an impact on the flavor and character of the spirit.

As more producers have appeared globally and as brands have stepped up their game with premium expressions, geographic identity has become increasingly useful. Plantation, a French company that sources Latin American rums and finishes them in a variety of cask styles (namely cognac), is known for its series of Grand Crus, exploring the distinctions between rums produced in the likes of Nicaragua, Jamaica, Trinidad and elsewhere.

When it comes to understanding high-altitude rum, Guatemala is a good place to start. There’s a long tradition of taking advantage of the mountainous volcanic terrain around the city of Quetzaltenango in the western highlands. Ron Zacapa, a prominent producer in the region, is a prime example of mountain rum. Its sugar cane is harvested on the valley floor and distilled nearby but then trucked up the hillside to the “House Above the Clouds,” to warehouses to age.

The higher altitude—7,600 feet above sea level—and cooler temperatures allow for longer, slower aging of the liquid than its seaside counterparts. (The brand’s slogan is “The Art of Slow.”) According to longtime master blender Lorena Vasquez, slow aging, combined with a solera-style system wherein older barrels aren’t completely emptied before being refilled, gives Zacapa its signature rich flavor.

It was this heritage for high-altitude aging in Guatemala that helped convince Karen Hoskin to launch a rum brand in the Colorado Rockies. Montanya, which celebrates its 10th anniversary in April, produces a Platino (aged one year and filtered through a coconut-husk charcoal filter to remove the color), an Oro (aged one year in ex-whiskey barrels) and Exclusiva (aged two years in ex-whiskey American oak and another six months in French wine barrels).

“I’ve been a fan of rum for 30 years but didn’t understand the entrenched mountain tradition until spending some time in Central America,” she says. “I realized all the assets we have in Colorado could make a really wonderful rum.”

Hoskin says, “Altitude affects almost every step of the process.” Montanya can’t grow the cane, of course—the town of Crested Butte, where Montanya’s distillery is located, sits at 8,900 feet. So the company buys cane from family-run farms in Louisiana.

From there, the mountains take over. Because of the cooler temps, Hoskin and her team rarely have to chill their fermentation tanks (too hot, and the yeast dies off too quickly), which saves electricity. They don’t even have to artificially chill the water used since the city’s comes out of the ground at 40 degrees year-round—“perfect for the condensation of distilled alcohol vapors,” says Hoskin.

High-altitude distilling also means that alcohol boils off at a lower temperature and vaporizes sooner. Hoskin says the shorter still time results in “less abuse of the spirit and less mixing of alcohols in the distilling process, which makes it easier to get good cuts.”

But it’s in the barrels where the elevation truly works its magic on the rum. Because of warm days and very cool nights in the Rocky Mountains, the alcohol is pushed into and out of the wood on a regular basis, creating a distinctive flavor profile.

“In Scotland, where it’s almost uniformly cool, they’re only activating a certain number of flavors in the oak for their whiskies,” says Hoskin. Think tobacco, leather, stone fruit. “Rum in the Caribbean activates a different, sweeter set, and you get the vanilla and butterscotch. We get them all, and it shows. At competitions, people will say, ‘This has a whisky element or a reposado tequila element.”

In Brazil, sugar cane is grown in many locations and microclimates to create cachaça. Dragos Axinte, the CEO of Novo Fogo organic cachaça, says that where the cane is grown has a significant impact on the flavors it imparts to the finished spirit.

“Rhum agricole from Martinique comes from a maritime environment, and the sugar cane picks up a lot of brine,” he says. “Cachaça is more tropical, generally surrounded by fruit trees, so you get a softer product with more fruit notes.”

Novo Fogo is located at the base of the Serra do Mar mountain ranges in Brazil’s southern Atlantic rainforest. As a result, Axinte says they “get the best of both worlds,” located on the edge of the mountain slopes amid fruit farms and within sight of the ocean.

Novo Fogo’s location on the edge of the highly endangered rainforest and the eco-conscious city of Curitiba infuses every aspect of the rum’s production, from gravity-fed distillation (thank you, elevation) and the pristine air (scrubbed clean by the jungle vegetation on the slopes) to the red-tailed parrots that feed high in the mountains and help extend the jungle’s reach to the ocean through their waste.

“You can smell everything—the ocean, the bananas and passion fruit from the slopes, the rainforests,” says Axinte. “All of that is in the sugar cane.”

Even for island rums produced near sea level, elevation plays its part in influencing the spirit. Though the sugar cane grown for Jamaica’s Appleton Estate is grown in the Nassau Valley at a humble 400 feet above sea level, master blender Joy Spence notes that the valley is surrounded by the Cockpit Hills.

“It’s this geography that creates the unique daily showers of rain, making the land rich and fertile.” And she notes that even here elevation plays a key role in its absence. “Appleton rums are aged just above sea level at tropical temperatures. This makes the rum age three times as fast as it would at cooler, higher elevations.”

Do We Need a Better Way to Think About Rum? 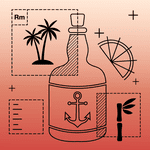 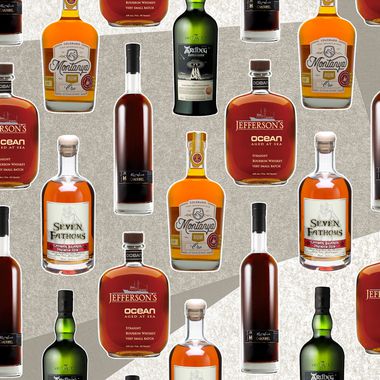 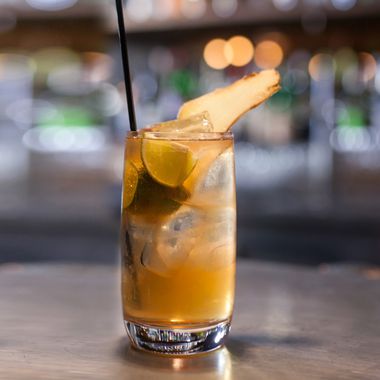 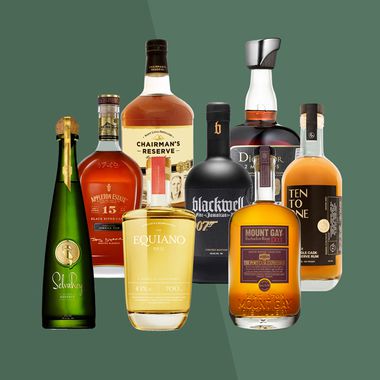