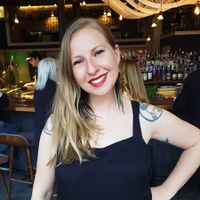 Imagine trying to make a Negroni without Campari or a Manhattan without vermouth. Then contemplate how you would whip up a grape-tinted or hoppy low-ABV drink for those who want beer or wine, something you’re not allowed to serve thanks to intricate state laws surrounding tasting rooms. At The Family Jones Spirit House in Denver, that’s exactly what the bartenders have had to do.

“We start with a canvas of seven spirits and make what we can to compete with places that can order Campari and Chartreuse and other things like that,” says barman and brand manager Nick Touch. “We have to make things that taste like that, and all the ingredients are derived from the kitchen.”

It’s not that Touch and bar manager Jason Randall don’t want to use these staple ingredients, but the laws in Colorado prove strict when it comes to a tasting room and distillery. Since The Family Jones acts as both and is not a traditional bar (though you wouldn’t know that by walking in), every little bit of alcohol served must be made on the premises.

Hence, master distiller Rob Masters, Touch and Randall create it all, starting with their line of signature spirits, which include two gins, vodka, rum, rye and bourbon. Then come the modifiers, including crème de violette, triple sec and the blanc, which acts like a white vermouth.

“Other bartenders say it must suck, but we love the challenge,” says Masters. “We aren’t afraid to put anything in the still.”

It took about six months of experimenting to pin down the bar’s staple modifiers. Some proved quick to come like the triple sec, and others took a lot of research, such as the crème de violette, which caused Touch to delve into the history of what roots, flowers and herbs were originally used to flavor the spirit.

Touch says that this so-called problem has opened up the team’s imagination and forced the staff to create some really cool and unusual products. Take the crawfish liquor, something made in tandem with executive chef Tim Dotson, who had just hosted a crawfish boil at the venue. Masters used the spent shells to distill a spirit perfect for adding a seafood kick to the Bloody Mary.

“We get a lot of feedback from our guests,” says Touch. “If the cocktail we came up with to showcase the new spirit is really good, then we put it on the menu.”

Though most classic cocktails can’t be made to spec, the staff at The Family Jones has come up with a lot of signature offerings and ways to impart certain traditional flavors. For example, the Salted Grapefruit Spritz (made with Jones house gin, Jones house blanc, grapefruit and Topo Chico mineral water) offers a refreshing take on the Aperol Spritz. An Apple a Day is something hard cider fans can really get behind; it features Pimento Mo Jones (one of the special distillates), apple cider, lemon and thyme. There’s also the Colorado Sour, Jones’ take on the Amaretto Sour, which utilizes house-made amaretto, as well as Stopgap Jones bourbon, lemon and egg white. And if you’re a scotch fan, the Take Your Medicine, Honey features a smoky essence thanks to the infusion of lapsang souchong tea into the Stopgap bourbon.

Some of the special liquors came out so well the distillery wants to produce them on a larger scale. The crème de cacao is one. Made with distilled Valrhona chocolate nibs and neutral spirit, it tastes just like melted dark chocolate but with a boozy kick. It’s good enough that local restaurants have been using it in their bar programs, and soon The Family Jones will make crème de cacao on a larger scale and sell it along with the gin and vodka.

“It was a happy accident,” says Touch. “After it finished distilling, I stuck my finger in some and tasted it, and it was the most flavorful dark chocolate in liquid form.”

On a recent visit, we sampled and saw liquors made with butternut squash, ginger, lemongrass, mango and eucalyptus. In the spring, Masters picks crabapple blossoms from the parks around the tasting room and distills them. Right now, Randall is working on a pho distillate, which, we were told, has the essence of the Vietnamese soup minus the pork or beef. There’s also a barrel from local TRVE Brewing Co., which used to house a sour beer. Now it’s filled with a spirit and aging nicely into something that will grace the menu one day.

“We tell people, ‘If you find something cool, we will distill it,'” says Masters. So far, he has done just that, and the lineup of interesting and flavorful modifying liquors grows each month.

But perhaps one of the coolest projects Masters took on was a spirit inspired by mezcal de pechuga, a unique distillate involving raw chicken hanging over the still. He didn’t use raw chicken, but a pig’s head was involved. It didn’t taste meaty or exactly like the traditional Mexican spirit, but it was something special.

Then there are the modifiers that are meant to taste and act like common ones. To make a “vermouth,” unsweetened grape juice gets fermented, and then classic vermouth botanicals are added in. The blanc has fresh-pressed cherry juice mixed with lemon, which gives it a sweet vermouth nuance. Touch says that’s one modifier he really misses, even though they do fake it a little with the blanc. For herbal tipples such as Chartreuse and absinthe, the staff uses a wormwood tincture, something that works well in a Sazerac. They’ve even found nonalcoholic Italian bitters that they reduce and infuse with a neutral grain spirit to create an apéritif that mimics Campari.

While modifying liquors aren’t allowed, the law doesn’t prevent the use of bitters, and the bar showcases all sorts of local and beloved options. But while the bitters aren’t made in-house, a lot of the tinctures are—a list featuring butterfly pea flower, toasted coconut and more.

In the end, all the restrictions The Family Jones faces actually turned the tide in its favor. Nowhere in the world can you taste these spirits, and nowhere in Colorado is anyone experimenting with so many unique flavors. So try it, substitute that common liquor for something different, and see where it takes you. Who knows? You may never go back to the easy grab-a-bottle-and-mix way again. 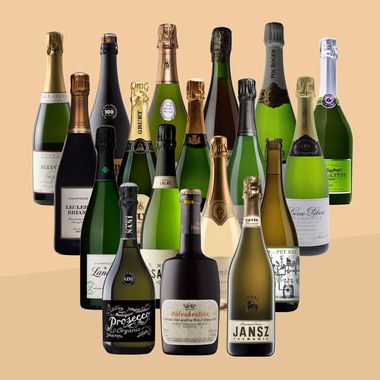