I first heard about Erick Rodriguez two years ago, when an agave-world contact told me I had to meet the guy who travels to the unpaved corners of rural Mexico in search of truly traditional mezcal. “He’s like the Indiana Jones of mezcal,” my friend said. “In a VW Jetta.”

I found Rodriguez in his tiny by-appointment-only bodega, which is about the size of a single-car garage and located in the kind of Mexico City neighborhood that taxi drivers try to avoid, miles from the ritzy tourist parts. A goateed newsboy-cap-wearing encyclopedia of agave knowledge, he can talk about mezcal for hours with a kind of fight-the-power intensity. We spent the afternoon sampling mezcals from the dozens of unlabeled glass carboys that littered his office, some of which had been aging on a mezcalero’s remote mountain homestead for more than a quarter century.

With his boutique Almamezcalera label, Rodriguez is dedicated to preserving and spreading the gospel of traditional mezcal. He trafficks solely in mezcal made from wild agaves in batches of just 50 to 80 liters each. Most of it comes from outside the best-known mezcal region, Oaxaca, from states like Puebla, Sonora and beyond. A sister project, Mezcalito Pal’alma, specializes in pechugas, special-occasion mezcals distilled with animal meat—iguana, turkey, goose, chicken, suckling pig, sheep—as well as spices, fruits, mole and herbs. He also runs mezcal tours of the rustic palenques he has encountered in his Volkswagen-powered treks.

In the tasting room that day, I learned that mezcals from Michoacan smell like cheese and that Rodriguez can tell just by rubbing a few drops on his hands if the mosto was fermented in leather. I also learned that if a mezcal is too smoky, it’s probably covering up some defects and that the worm at the bottom of the bottle was just a marketing scam concocted in the 1960s. We sampled pechugas that tasted like peppered ham, a mezcal infused with marijuana, and one made from a 55-year-old wild agave that Rodriguez said smelled like cigars and tasted “like an old man.”

Fast-forward a couple of years, and things are looking bright for Rodriguez. He finally retired the Jetta ( he now rolls in a Tiguan), and his pechuga experiments are proceeding apace.

“We did one with opossum, chamomile and rue, one with pit viper, venison, rabbit ...” he says. His mezcals have been served at Noma’s Tulum pop-up and at Pujol, one of the most famous restaurants on the planet. (It currently holds the No. 20 spot on the World’s Best list.)

But beyond his cozy corner of the mezcaliverse, he worries about the existential threats wrought by the mezcal boom. The variety and supply of wild agaves has declined, while demand has grown, leading to an explosion of new brands that couldn’t care less about the ceremonial origins of mezcal.

“The money is aggressive,” he says. “There are thousands of brands, but very few solid ones. People are getting bad advice. The land is being assaulted.”

He worries that people are planting faster-maturing espadín at the expense of other varieties, threatening agave biodiversity, and he’s annoyed that industrial mezcal is being passed off as artisanal. “If you’re producing a batch of 32,000 liters, there’s no way you’re making an artisanal mezcal,” he says.

The kind of juice that Rodriguez seeks out—handmade, small-batch, traditional and steeped in cultural context—is going extinct. “We’ve lost 95 percent of that type of traditional mezcal,” he says. “Many of the mezcaleros are either old or they emigrated or they go into construction instead because it pays more. And their kids are going to school and want to have a better job than to be a mezcalero.”

Subject to hefty alcohol taxes and regulatory fees, small-batch mezcals don’t make much sense as a capitalist product, which is why most of Rodriguez’s business is direct sales. This is especially true for the pechugas, which require an additional distillation that evaporates a lot of the hard-won liquid. But they have an important social function.

“It’s a ceremonial thing that you’re proud to share,” says Rodriguez. “It has a purpose. It’s not just marketing. If you have a bottle of [George Clooney’s mezcal brand] Casamigos, there’s nothing behind it; it makes no sense.”

All this has led Rodriguez to be more selective about the people he allows on his tours, trying to weed out those who just want to capitalize on the trend by launching their own brand.

“Those people can’t understand,” he says. “I only take aficionados that are truly passionate.” 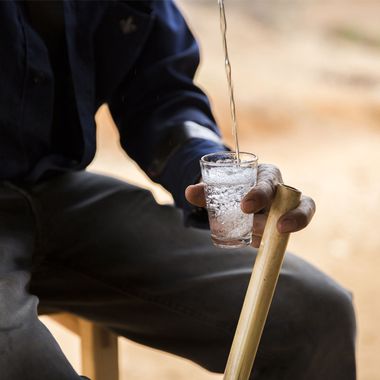 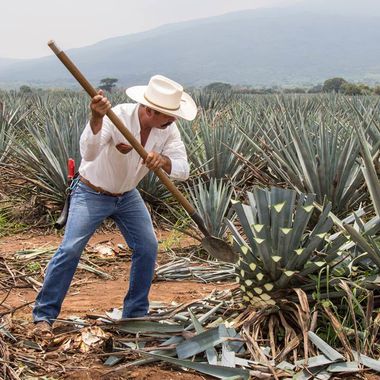