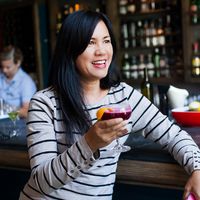 The new Employees Only, which debuted April 15 in California’s West Hollywood is the best one yet, according to co-founder Dushan Zaric. Never mind that EO New York continues to appear on many “best bar” lists even after 13 years or that there are locations in Singapore, Hong Kong and Miami and plans to open one in Austin. The L.A. location apparently will blow all other EOs away.

And not by resting on its speakeasy laurels. After having lived in L.A. for five years, Zaric knows it’ll take more than a cool entrance and reputation as the pioneer of speakeasy bars to court Angelenos. Plus, just because it worked in New York doesn’t mean it can make it here.

“You cannot transplant a New York concept here, because it’s a different energy, a different town,” says Zaric. “The lifestyle is different; I can’t do the same things here I do in New York because they will not fly.”

The 3,750-square-foot space, formerly a neighborhood barbecue joint, was completely redesigned and divided into a main bar, a dining room and a reservations-only New Orleans–inspired speakeasy bar called Henry’s Room—yes, a speakeasy within a speakeasy. There will also be an outdoor patio in the back for alfresco drinking.

Since Angelenos gravitate toward bars and restaurants that serve both good food and cocktails, a full kitchen was a must. This one comes complete with a Neopolitan pizza oven and New York chef Sascha Lyon (Balthazar, Pastis) at its helm creating bistro fare.

Henry’s Room, named after Employees Only co-founder and New Orleanian Henry Lafargue, will showcase a bartender’s table. There, a featured bartender will serve New Orleans classics such as Ramos Gin Fizzes and Sazeracs. It will also be the only place in L.A. to do tableside Cafe Brulots, a flaming brandy-spiked coffee drink, while its bartender’s choice is decided by the “spinning of a bottle.”

“You know I couldn’t turn down that principal bartender’s coat, and that’s the only way Dushan would give me one,” says Goldman. Dee Ann Quinones (Booker and Dax in New York and Westbound in downtown L.A.) is overseeing the venue and staff as bar manager.

Zaric says the bartenders will bring the cocktails to a new level. The drinks aim to be more current, incorporating local ingredients. One example: blanco vermouth infused with wildflowers and herbs plucked from local hiking trails. “That we can’t do in New York,” says Zaric. “We can’t get access to these herbs so easily. This is costing us nothing; we just go forage for it.”

The bar will also borrow seasonal ingredients from the kitchen and vice versa with chef Lyon using house-made ingredients or infused spirits for crudos or to finish dishes.

But first and foremost, Zaric wants to make EO L.A. a sanctuary for hospitality employees looking to relax, eat and drink after their shifts. “Every city should have an Employees Only, not because Employees Only is so special; it’s because the idea of having a refuge for industry employees is so close to my heart,” says Zaric.

And this bar’s location, unlike downtown L.A. and up-and-coming neighborhood Highland Park, is central to where most industry folks work—areas like the Sunset Strip, Culver City, Beverly Hills, Hollywood and even over the hill in Studio City.

This Employees Only very much belongs to L.A., and Zaric regards it as a way to give back to his adopted home. “I am very excited about it,” he says. “So much so that I believe this will be our best Employees Only yet, as far as numbers. We have evolved everything we’re doing.”

Those hoping to see Zaric behind the stick will find him working in Henry’s Room on Monday nights, but most of the time, he’ll work the floor as a maitre d’. 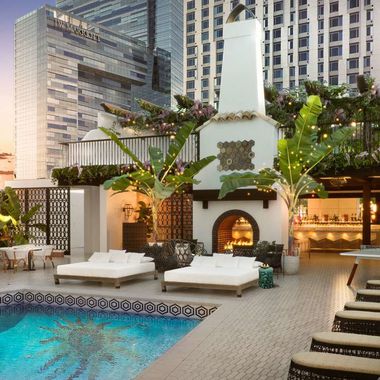