Yet perhaps the freshest and most intriguing part of the book arrives in its final pages: Brown’s first-hand recollections about the renaissance of D.C.’s regional cocktail culture. Oddly enough, the cocktail scene in one of the world’s most important cities is little known. Most cocktail histories gloss over the nation’s capital and its contributions to the drink world.

As the longtime owner of Columbia Room, as well as PUB (a pop-up bar space with frequently changing themes and menus), Brown has been a key player in the D.C. scene with his Drink Company (which also operates Reverie) and takes an insiderly tone in his book, guiding readers through some of the places and personalities that inform how the city drinks, even today.

In the book, he veers from D.C. Drinks, a blog by Brown penned with friend Damon Fodge from 2005 to 2007, both under pseudonyms (Brown chose “Isaac Washington,” after the bartender from The Love Boat) to Hummingbird to Mars, a short-lived D.C. speakeasy that existed in 2008. Noted for its secret location within Bill Thomas’s bar Bourbon, bartenders in vests and a list of house rules, the bar was named “after the now absurd 1930 statement by Texas Senator Morris Sheppard about Prohibition’s staying power that repeal had as much chance as a hummingbird’s ability ‘to fly to the planet Mars with the Washington Monument tied to its tail.’”

Looking back at the past decade, Brown says in an interview, D.C.’s bar scene was distinguished by its “culinary focus,” as opposed to the classic cocktail focus going on in many other markets at the time. “A lot of bartenders were connected to restaurants,” he recalls. “They started doing different types of cocktails, using different fruits, vegetables or different techniques that were used in the kitchen.”

He points to Todd Thrasher as a key example. Best known for his Alexandria, Va., bar PX, Thrasher cut his teeth at a restaurant owned by then up-and-coming chef José Andrés before striking out on his own to open Restaurant Eve and PX, where his drink recipes tended to showcase ingredients like butternut squash or fresh strawberry and basil gleefully smashed into a pulp.

Brown also points to Adam Bernbach, who collaborated closely with the chef at Bar Pilar during his tenure. (During that time, he also created the Darkside cocktail, a new classic made with chinato and gin.) Bernbach is now in the process of opening a new vegetable-centric venture, Oyster Oyster. Gina Chersevani, now of Buffalo & Bergen, where she’s renowned for building a boozy soda fountain, also came up in the food world, building food and cocktail pairings at PS7 restaurant. 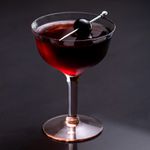 Why doesn’t D.C. get more attention in cocktail history narratives? Brown blames a certain DIY punk rock attitude among D.C. bartenders. “The attitude was ‘do it, don’t talk about it,’” says Brown. “It was about a scene and community and less about trying to project that outwardly. They weren’t self-promoting.” But perhaps now it’s time for some of those tales to be told.

For readers outside Washington’s inner cocktail circle—which is to say, most people—this is new material, and Brown delivers these stories with the breezy tone of someone who witnessed it all first hand. The downside is that this insight doesn’t appear until the final pages of the book. Most readers will be happy for the historical context (and solid recipes) that precede it, yet it also raises a question: What would a book that focused on D.C.’s cocktail scene and its personalities have revealed? 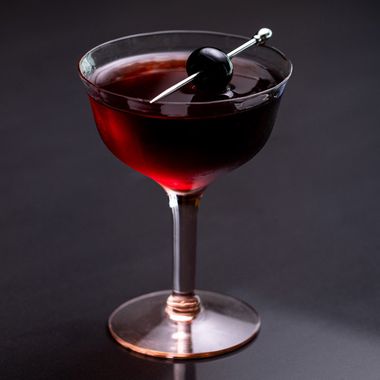