When it comes to brands with universal name recognition, few stand up to Bacardí. The rum can be found in nearly every country where you can find a cocktail bar. So every year when thousands of bartenders worldwide enter the Bacardí Legacy cocktail competition in their home countries, they’re competing for a chance to create a modern classic that will have a truly global reach. After all, the best cocktail wins its maker a year of Bacardí-sponsored travel to teach, guest-bartend and promote their cocktail at the top bars on every continent.

But unlike most other cocktail competitions, which now focus on elaborate garnishes and intricate house-made ingredients, Legacy emphasizes replicability and simplicity in addition to originality. It also asks bartenders to tap into skills outside of making drinks; a portion of the final score comes from an intensive behind-closed-doors marketing presentation, in which competitors must create and share a global promotional campaign for their drink.

It’s here that the competition helps groom rising stars for the next steps of their career in an ever-evolving industry. Whether you want to open your own bar, go in-house at a brand or some day distill your own spirit, you’ll need to know how to market it if you want to succeed.

“As a judge, I’m looking for creative ways in which the bartender has sought to make their Bacardí Legacy cocktail known to as many people as possible,” says Enrique Comas, a sixth-generation descendant of founder Don Facundo Bacardí Massó. “The bartenders who work hard to make their drinks known tend to succeed, much like chefs with their signature recipes. They’re now known globally as excellent bartenders, of course, but they also worked hard to raise the profile of their bar, themselves and their signature creations. That combination of fresh ideas, hard work and passion is what we try to recognize in Bacardí Legacy.”

Comas, who also serves as influencer marketing director for the Latin America and Caribbean region for the Bacardí company portfolio of brands, was joined on the all-star judging panel for this year’s marketing proposals by the likes of Kofi Amoo-Gottfried, Facebook’s head of brand and consumer marketing. The son of a Bacardí master blender, or maestro del ron, Comas grew up living and breathing the brand. And having judged the competition for six years previously in both the global final and promotional campaign portions, he knows how to spot winning traits from miles away.

2. Believe in What You Create

“Passion and belief,” says Comas, are what all Legacy winners have in common. “Whether we’re talking about each of the national winners over the last decade or our global winners, they all demonstrate an incredible amount of passion and belief in the drink they created. It has become their signature cocktail and a calling card for them within the industry.”

This past May, Legacy brought 34 top bartenders, each having won the national competition in their home country (as well as one representing the cruise ship circuit), to Mexico City for the 2018 global final. The semifinal round of drink presentations took the competition down to 16 top drinks, while the marketing portion whittled that number down to eight. On the last night of the grueling months-long process, Eric van Beek of Amsterdam’s Bar TwentySeven took home the crown for the 10th annual Bacardí Legacy with his cocktail the Cariño, which shakes Bacardí Ocho eight-year-old rum, Greek yogurt, vanilla syrup, lemon juice and yellow Chartreuse.

“Eric was one of two contestants that received a perfect score from the judges,” says Comas of Van Beek’s promotional campaign. “His plan was comprehensive, strategic, well-targeted and immaculately executed. Not only did he make great use of the support that Bacardí gave him, but he actively went out and found additional support to help him.”

Comas explains that the strength of Van Beek’s plan was exemplified through several standout strategies, including getting his cocktail listed on bars around the world, generating high levels of trial through actual sales rather than sampling, and even working with a pastry chef at his bar’s affiliated restaurant to make a dessert version of the cocktail. The latter activation sold “over 1,260 desserts over the five months leading up to the global final.”

Van Beek also incorporated support from other brands to assist with the campaign, including setting up a professional photoshoot and convincing a high-profile syrup company to add a QR code to their bottle with a video showing how to make the drink. Lastly, Van Beek produced a nonalcoholic version of his cocktail that allowed him to sample it in places booze isn’t permitted, using the opportunity to drive traffic back to his bar.

Other past bartenders who have stood out to Comas have employed some variety of these tactics. He points to U.K. bartender Tom Walker’s traveling “80 Bars in 80 Days” campaign; Spain’s Angel Arruñada, “who was the first person to convince ambassadors from other brands used in his drink—Monin and Fever-Tree—to help him actively promote his drink”; South Africa’s Denzel Heath, “who partnered with Uber to offer drinkers of his cocktail a free ride home at the end of the night”; Boston’s Naomi Levy, who created the #CocktailWithACause hashtag to engage users on social media while promoting a charitable cause; and Estonia’s Angelika Larkina, who managed to sample her cocktail with more than 10% of her home country.

As far as blurring the line between authenticity and entertainment, Comas says it’s a delicate balance. This is especially true for bartenders who are newer to marketing themselves and their drinks. Comas suggests starting locally and building a following at a grassroots level.

“The challenge is that our finalists are not marketers and they are learning a new set of skills, which means inevitably some may go too far,” says Comas. “My recommendation to anyone who’s planning to take part in Bacardí Legacy is to start with your local network first. Create a critical mass in your bar, then your neighborhood, then your town, and only then start looking outside of this. If there’s one thing that’s clear over the last 10 years, it’s that sending random requests to people on the other side of the world who don’t know who you are asking them to make your drink doesn’t work. You may get an Instagram photo out of it, but it doesn’t get your drink listed on the menu and help toward making it a new classic.”

It’s clear that the process is long, intensive and creatively demanding, but bartenders who make it to the global stage have already, in a sense, won.

“The incredible thing is that you don’t need to lift the trophy to be a winner,” says Comas. “We have seen some incredible bartenders whose drinks go on to become modern classics. Just look at drinks created by Conor Myers that have gone on to be served in eight music festivals and more than 40 music events around the world or the Pan Am cocktail by Barney Toy that’s currently listed in more than 200 menus around the world. Neither of these competitors won their respective global final, but both continue to be passionate and believe in the drink they created.”

For next year’s competitors, Comas suggests crafting a story that’s authentic to the cocktail. “Create a tasty drink that works in your country and has an engaging story that can be told by anyone in any bar. If you communicate this, you’re well on your way to leaving your legacy in the industry.” 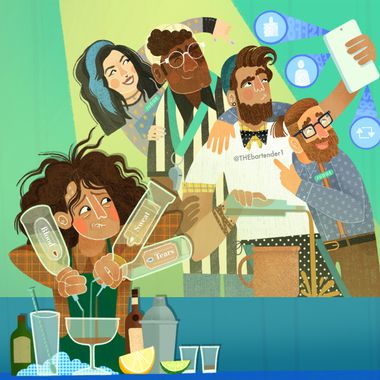 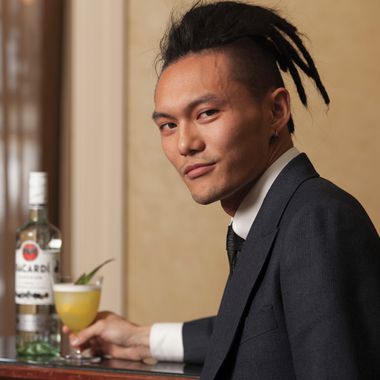 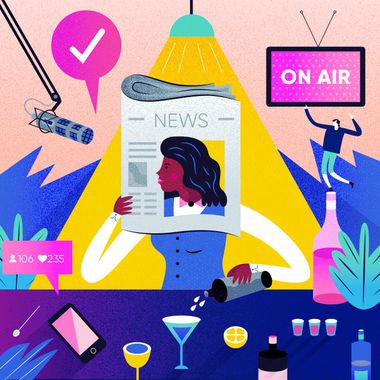 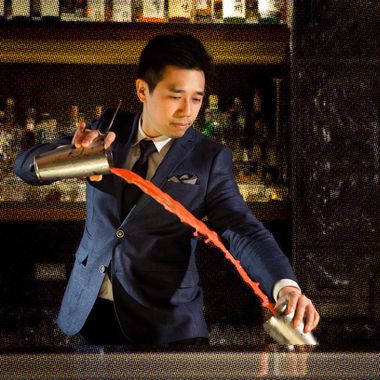 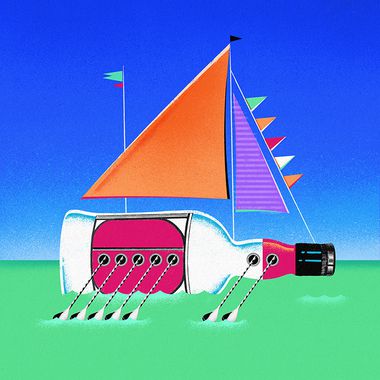 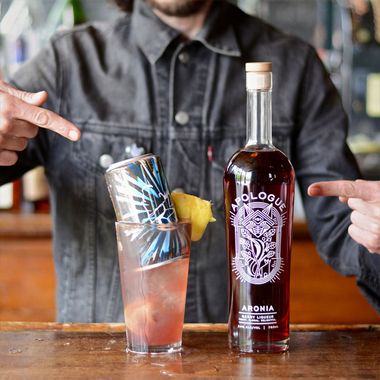