“It was Chicago or bust,” says Tremaine Atkinson, the CEO and head distiller at CH Distillery, which last September brought super bitter Jeppson’s Malört back to the Windy City, ending three decades of production in Florida.

For those not familiar, Malört is a point of Chicago hometown pride, and it makes even tongue-curling amaros like fernet seem like a walk in the park. (Google “Malört face” to see the typical reaction.)

Originally created by Carl Jeppson, a Swedish immigrant living in Chicago, Malört was intended to mimic besk brännvin, a style of particularly bitter wormwood-based schnapps particularly popular in Sweden, as a “medicinal alcohol” sold during Prohibition. After Prohibition, Jeppson sold the company to George Brode, a lawyer who also ran Bielzoff Products, later known as Red Horse Products. When the last distillery closed in Chicago in 1986, Brode moved production to Kentucky for a few years and then to Florida. After his death in 1999, the company went to his legal secretary, Patricia Gabelick, who continued to run production out of Florida.

That changed last year. CH Distillery, best known for making CH Vodka, purchased the company, acquiring the secret recipe and bringing it back home to Chicago. The first Chicago-made bottles rolled off the line in February 2019, in Chicago’s Pilsen district.

Now that’s a very happy ending, but what does it mean from a business point of view? In short, thanks to a tenaciously loyal fan base, it means sales. “I’m not doing a marketing program with this,” says Atkinson. “It markets itself.”

The numbers are compelling. Malört limped along for decades until the cocktail revival helped revive a taste for amaros and other bitter liqueurs. “I don’t take any credit,” Gabelick told “The Chicago Tribune.” “The Chicago hipsters adopted Malört.” Sales increased steadily, from about 2,000 cases in 2011 to more than 10,000 cases in 2017.

Atkinson, meanwhile, had been eyeing Malört and its quiet revival for several years. After getting to know Malört’s brand ambassador, Atkinson asked to bring the product back to Chicago. “I figured I had nothing to lose.” He made a few proposals to Gabelick, who was then running the company part-time out of her apartment in Chicago’s Lakeview. All were declined. But a year and a half ago, just as he had given up, he received a phone call from Gabelick. She wanted to retire and was willing to sell the company.

The timing was perfect. CH Distillery had set up a new larger production facility in industrial Pilsen after increasingly stringent zoning laws exiled distillation from central Chicago, leaving the tasting room and “showpiece distillery” in the West Loop location. Now, there was plenty of room to make Malört.

Today, Atkinson stands next to a pallet of Malört that’s taller than him. It’s just a fraction of what will be sold in the year ahead. During 2018, CH is on target to sell about 200,000 liters of Malört, estimates Atkinson, with 90% of those sales within Illinois.

Aside from the six-year pursuit to buy Jeppson’s, the biggest challenge was getting the recipe right, says Atkinson. “We bought the company, we got the formula,” he says. “We made a test batch and said, ‘That’s not right.’ We started from scratch.” It took 35 versions to get it right. Other than removing artificial coloring, the goal was to keep the heritage formula intact, he says.

Although Atkinson is not revealing what’s in Malört, he says this: The base isn’t vodka, and the key ingredient is wormwood, which is infused into the base spirit, similar to the process of making amaro. “The most important trade secret we got is the name of the wormwood purveyor,” he says. (It’s located in Northern Europe.)

Previously, CH has made a number of specialty amaros, including Fernet-Dogma, Bitter Dog, Amargo de Chile and CH Amaro—one reason Atkinson was so confident the company would be able to handle manufacturing Malört. “Having made many complex amaros with 15-plus ingredients, I can tell you it’s harder to work with fewer ingredients,” he says. “Balancing sweetness, strength and bitterness is the key.”

Looking ahead, Atkinson is cognizant that Malört is a legacy product with local roots, which means that changes should be handled with care. “Anywhere your audience has a collective palate memory, that’s a challenge,” he says.

After all, when 90% of your business is in one state, you can’t risk alienating locals. However, that doesn’t seem to be much of an issue thus far. “People send letters and emails saying thanks for bringing it home.” Malört also is well-ingrained in local culture. Bars like Scofflaw keep it on tap, and a Malört 5K fundraising race is held each June, with shots of the bitter booze quaffed at the beginning, midpoint and end of the race. Some people sport Malört tattoos.

For other producers looking to spotlight a local product, Atkinson’s advice is simple: “Conquer your home market.” That has been his strategy so far, focusing on Chicago as well as adjacent Wisconsin, Malört’s second-biggest market. (It’s not a coincidence that a Milwaukee bar held a Malört Fest this past summer, for the first time.)

Right now, CH’s strategy is to follow two “home markets”: the greater Chicago area and markets to which bartenders have moved. “A lot of Chicago bartenders move South, like to Louisville, and like to have a taste of their hometown.” New Orleans, Kansas City and Indiana also have some Malört distribution as a result of bartender migration patterns.

Working with a heritage product also means slowing the pace of innovation. CH now makes 50-milliliter minis—shades of Underberg, some might say—sold as a six-pack. Atkinson is also experimenting with a barrel-aged Malört, with samples currently resting in ex-bourbon and ex-rum barrels. When finished, likely within the next few months, the barrel-aged Malört will be sold exclusively in the West Loop tasting room.

But in general, a splashy national launch is not in the cards for Malört—yet. “There’s still a lot of growth for us in-state,” says Atkinson. “It remains to be seen how well it translates outside of its hometown. Out-of-state distribution would be the cherry on the sundae.” A very bitter sundae, one can only imagine. 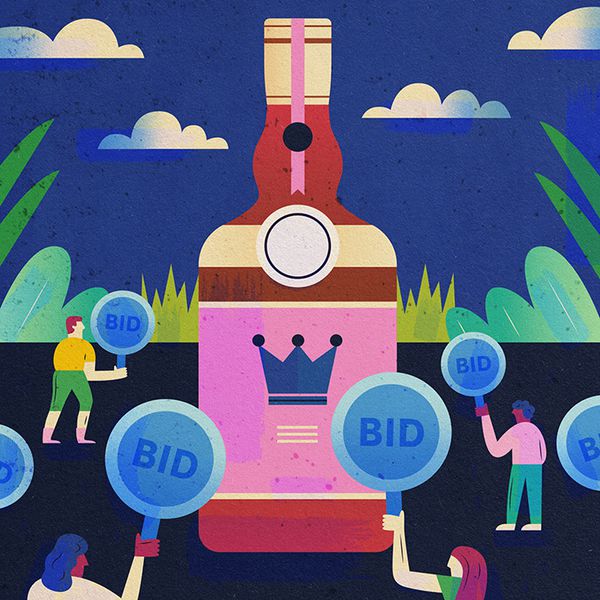 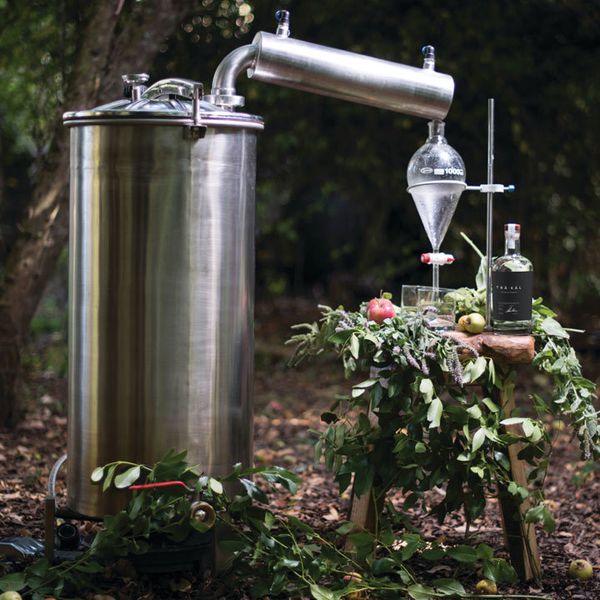