Nearly every whisky-producing region in the world is feeling the love as of late. Japan! Ireland! USA! But what about Canada? Confusion still reigns in terms of what most casual drinkers know about Canadian whisky. It’s time to clear that up, and there’s no better guide to provide us all with an education than Dr. Don Livermore, the master blender at Hiram Walker & Sons.

1. Know the Blend, Love the Blend

People have a tendency to look down at blended whisky. But the concept of blending—most but not all of Canadian whisky is made by distilling and aging grains separately and blending upon maturation, as opposed to distilling a mash bill of multiple grains together—and Canadian whisky regulations on the whole are designed to offer producers a great deal of flexibility.

“We have great latitude on what we can do in making our whisky,” says Livermore. “I always say Canadian whisky is the most innovative. I think it’s the most adaptable. All we have to do is be fermented, aged and distilled in Canada, made with grain, 40 percent alcohol, in a wooden barrel of less than 700 liters, for a minimum of three years. That’s it.”

Master blenders such as Livermore are then armed with a huge array of weapons in their whisky-making arsenals. “As a blender, knowing all of the little technical details that go into making whisky, I can dial up a flavor, dial it down, smooth it out, make more of an impact,” says Livermore. “If I’m looking at certain types of flavors, I can play with the fermentation. You can play with the grain—rye gives you a spicy side, barley gives you a nutty character, corn gives you a sweet character. Or you can change wood—different barrels. You can age in a sherry barrel or use brand-new virgin oak to get that nice vanilla and toffee. We can do that!

“That’s what blending does,” says Livermore. “I can dial those flavors up and understand where they come from. That’s the power of blending. That’s the fun part. I look at blending whisky as a painter’s palette, and the more color of paint you have on your palette, the more diverse it can be.”

Building further on the concept of blending and flexibility is a rule that often gets lambasted because it’s poorly understood: Up to 9.09 percent of a Canadian whisky can consist of other spirit or wine. “Well, how fun is that to add that to the blending side of it, right?” asks Livermore. “I’ll get people approaching me, saying, ‘You know, 9.09 percent—that’s kind of cheating; you can put in other stuff.’ But the 9.09 percent is, quite frankly, the opposite. They are the expensive ingredients,” Livermore says laughing.

And the rule stems from historical Canadian practice. “It has always been done,” says Livermore. “I have the oldest formula book here in Canada, right at the start from Hiram Walker, and I can see him blending in prune wine, and he was actually blending in rum into his spirit in the 1880s. He did that!”

As for the specifics of the rule, the 9.09 percent, representing 1 part in 11, came from simple math. “They sat down and said, ‘OK, what about the wines and spirits we’ve been blending in?’ They took 100 mLs, took 10 percent on top of it and then divided, and that’s where the 9.09 percent came from; that’s how they designed it,” says Livermore.

“It has to be wine or two-year-old spirit,” he says. “It could be brandy, tequila—if you wanted it to be tequila; I’ve never seen anybody do that yet—scotch, Irish whiskey, any type of spirit that has been aged for a minimum of two years.” It can even be a younger Canadian spirit on its way to becoming whisky. As regulation, Canadian whisky itself must be aged for a minimum of three years.

The rule is not always put to use, but as with other Canadian whisky regulations, it provides that foundation of flexibility. “It just rounds it out and just brings another paint to the painter’s palette, quite frankly,” says Livermore. “And they tend to be the more expensive ingredients. My supply management person will say, ‘You want to put what into whisky? Do you know how much it costs?’ And you know what? I’ve talked to other blenders around the world and they say, ‘You put a 40-year-old sherry in it? You know what a pain in the ass it is to go and buy sherry barrels and find them in good quality? And you can just find the quality sherry itself and blend it in?’ And they’ll just say ‘Wow!'”

3. Stop Looking at the Bottom Shelf

If there’s a misconception that Canadian whisky belongs on the bottom shelf, Livermore thinks the producers deserve some of the blame, not for making bad products but for failing to promote them properly. “I think we kind of did it to ourselves,” says Livermore. “We make great quality spirits, and really, we as Canadians are very apologetic by nature, very humble, and have not gotten out there and told the world about the great quality and the different styles and innovations that we can do. And it’s legit—we make great quality whisky. We don’t go and preach and tell the story and shout it out. I think that’s part of the issue. I think that’s the biggest misconception.

“Now in public, we’re taking a page from the master distillers from bourbon or the master distillers from scotch,” says Livermore. “John Hall is one of the best at it, with Forty Creek, and he has now sold his business by going out and telling the story of Canadian whisky. I think that’s kind of the misconception. We have a great, rich story, and we make quality products and tell the world that.”

Beyond Livermore’s in-house lineup, you can also look elsewhere to releases such as the Crown Royal award-winning tandem of Northern Harvest rye and Cornerstone Blend, or to Forty Creek Founder’s Reserve or any number of its special releases, or to a whisky that makes effective use of the aforementioned 9.09 percent rule, Alberta Rye Dark Batch, made with 91 percent Canadian rye, 8 percent bourbon and 1 percent oloroso sherry.

4. You Can Put the Mixers Away, if You Want

With more and more great Canadian whisky being made available, you can safely put the ginger ale or soda away and drink it neat or on the rocks. But only if you want to. “If you want to drink our spirits neat, the quality definitely holds up there,” says Livermore. “At the same time, that’s where the adaptability and innovation I talked about come in. We do recognize, though, that people want it with Coke, they want it with ginger ale, they want it with soda.”

Increasingly, Canadian whisky is being used behind the bar in craft cocktails, too. “For a Manhattan or an Old Fashioned, we’ll have a whisky with a high rye content to be balanced with the vermouth,” says Livermore. “For drinking cocktails and having bartender-friendly spirits, I love it. Oftentimes, I’ll just describe my job as the guy before the bartender. They do the same things I do. We’re just mixing different things.”

Two near-unanimously cited Canadian whiskies that continue to find a home with bartenders are Lot 40 and Alberta Premium. Both are 100 percent rye whiskies, and both can work wonders in a well-made craft cocktail.

5. Go Beyond the Big Boys

Canadian whisky is dominated by its major distilleries even more than American whiskey. But that has slowly starting to change with the emergence of younger startup distilleries. “I think it’s just more styles, more diversity and great, different flavors,” says Livermore.

He worries, though, that the rapid growth of new distilleries will collapse on itself without the requisite expertise and patience. “The ones who know what they’re doing and got help and had the resources will survive,” says Livermore.

“It’s exciting I think,” he says. “The more little distilleries, the more talk. ... You don’t grow as one brand. You don’t grow whisky as one brand. Look at bourbon. You grow it as a category. With the Canadian whisky category, with the diversity, with the adaptability we have, I think there could be some really interesting and fun styles to be made.”

Looking for smaller Canadian brands to check out? Look at Still Waters Distillery, whose whiskies are already piling up awards; De Vine, whose distiller apprenticed at Bruichladdich; and a range of others.

6. You Can Buy American to Drink Canadian

You may already be drinking and loving Canadian whisky without realizing it. That’s because a number of American brands source the whisky they end up blending and bottling from Canada’s major distilleries. Brands such as WhistlePig, Lock Stock & Barrel and Masterson’s entirely or partially consist of Canadian whisky. Who knew you could stay patriotic while exploring our northern neighbors at the same time? 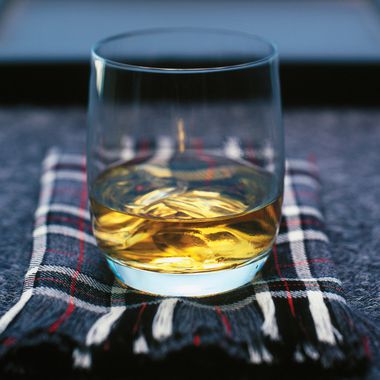