In the realm of booze brand ambassadors, Camille Ralph-Vidal is one of the busiest birds in the biz. For the past seven years, she has served as the global brand ambassador behind St-Germain, effectively teaching the world how to “drink French fluently,” while infusing the brand with her own signature sparkle and femininity. In 2017, her steadfast dedication earned her a place at the table, crystal Riedel plate and all, among the ranks of Tales of the Cocktail Spirited Awards’ best and brightest.

These days, Ralph-Vidal continues her reign as elderflower ambassador while balancing work as a certified yoga instructor and acting as partner of Healthy Hospo, a nonprofit community interest group dedicated to the health and well-being of those in the service industry, and founder of La Maison Wellness, a site dedicated to wellness with a French approach.

When I met Ralph-Vidal for apéritifs this summer at Dante, one of our favorite Greenwich Village watering holes, she exuded the sort of palpable breeziness and balance seldom seen in an industry saturated with liquor-soaked late nights. But, she assured me, this wasn’t always the case. There was a time when Ralph-Vidal was better at stretching herself too thin over pausing to stretch and exhale at all.

In her early years at St-Germain, Ralph-Vidal found herself on a dizzying path of passport stamp collecting, parties and events around the world and hovering in a constant state of jetlag. While she felt completely drained on her honeymoon in Costa Rica, it was there—in a place where she had the space, peace and just the sort of futile Wi-Fi necessary to have a breakthrough—that she did just that.

“I love this industry to bits, but I wanted to bring more to it,” says Ralph-Vidal. “For me, being an ambassador was about building a platform. I wanted to find a way to give back something beyond just more eating and drinking, late nights and parties. We simply don’t take the time to turn the volume down.”

Another Round of Epiphany

Ralph-Vidal’s partner and co-founder of Healthy Hospo, Tim Etherington-Judge, has 20 years in the cocktail industry. In 2016, he suffered a complete mental breakdown brought on by depression and constant overindulgence. While he was in recovery, he decided to use his experience to address the elephant in the speakeasy. He rounded up a collective of ex-bartenders and global brand ambassadors along with a team of mental health experts, nutritionists and fitness and yoga instructors to form Healthy Hospo.

The London group offers activities both locally and globally, from a competitive spinning class to wellness seminars to yoga guided by Ralph-Vidal. Its mission is to encourage a work-life balance among those in the service industry, an industry that’s beginning to see many of its best and brightest burn out, succumb to alcohol-induced depression or sometimes suffer far worse tragedies.

Ralph-Vidal believes much of the burnout can be attested to “the guilt.” It comes in the form of being unable to say no when your favorite patron wants to share a shot with you or when a friend makes it impossible to skip the after-after-party at the cocktail conference. It’s a breed of FOMO that tells us to sip Snaquiris when we should instead swig cucumber water. It’s what gets us pulled by friends to a diner after closing time and take comfort in comfort food instead of heading under the comforter and calling it a night. Sometimes, the guilt comes in powder form, between senior-level booze reps and bar owners—a gesture of mischief and camaraderie for the one offering, an onus to maintain a cavalier attitude about the whole thing by the other. The problem begins when rationalizing this occasional dabbling as a pick-me-up but never calling it a crutch.

If the guilt didn’t seem to exist in the early days of the cocktail renaissance, much can be owed to the industry’s collective youth and resilience at the time. Typically, hangovers and hard living bounced right off, and there was little worry over the havoc wreaked on livers and middles when consuming so much sugar and calories.

But sometime between age 30 and 40, the body stops being able to process all that gin and simple syrup. It begins to render Advil useless. The brain feels foggy for a godlessly long day. The highs of a night making bank behind the bar, and its subsequent free-flowing fernet isn’t as fun as when we were all enfant terribles. Eventually, we need to go to bed, wake up and keep our promise to never drink that much again.

While Ralph-Vidal believes the old guard is starting to come to a healthier work life balance, she is hoping Healthy Hospo’s message rings even clearer to the next generation of industry professionals.

“I want people to learn in their early 20s that this is not a sustainable way to treat the body, so that by the time they get into their 40s, these are simply regular habits,” she says. “Mental health is also something we really need to talk about. You can be in the most peaceful place in the world, but if inside you feel so much compression, you’re in a prison. Through Healthy Hospo, we’re taking bartenders hiking and rock climbing and expanding minds with museum visits and meditation. We’re encouraging those in hospitality, who always do so much to please others, to finally do something good for themselves.” 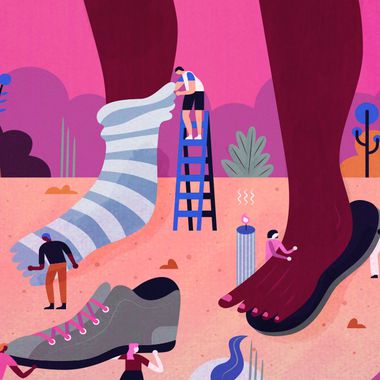 The Dogs Screaming? These Are 4 Important Tips for Bartenders to Take Care of Their Feet. 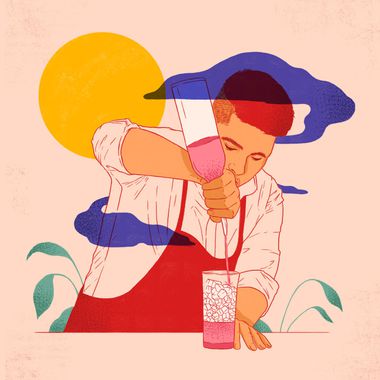