The bottle your booze comes in is so much more than mere receptacle. Often, it represents a stunning piece of ornamentation, bordering on art. But its most important aspect might be how it interacts with the hand. After all, a bottle’s primary purpose is to be held and poured.

If you’ve never considered this, well, you’ve probably never been a bartender. It turns out there are good reasons for why your favorite flagons are shaped the way they are.

“If the bottle has a gentle curve in the body, that makes it easy to grab off high shelves,” says Joel Caruso of Pizzeria Ortica, in Costa Mesa, California. “If you have it in your well, the beveled neck allows your fingers a resting point to grab and invert the bottles without fumbling it. To have the bottle balanced on the back of your hand, between your fingers, getting eye level to the pour, is one of the most natural feelings you can get behind the bar.”

More rounded shapes are commonplace in the categories of rum, whiskey and, particularly, cognac, where showmanship is a hallmark. Hennessy’s iconic X.O bottle is frequently a centerpiece behind the bar. When inverted during the pour, it’s meant to evoke a cluster of grapes.

“Most recently, [we] released a limited-edition bottle, featuring a unique design that includes striations and an overall corrugated relief, reimagining the grapes and vine in a progressive style,” says Maurice Hennessy, an eighth-generation member of the first family of cognac. The new elements regard practicality with the same reverence as presentation.

Still, you won’t find too many bartenders working speed pours with expensive cognac. When it comes to pure efficiency, neck design is paramount, meaning that some bartender favorites are hardly what you’d expect.

“Bacardi Carta Blanca, for me, is the best,” according to Aki Wang, of Taipei’s award-winning Indulge Experimental Bistro. “The shape, size and weight are all reasonable, and the height of the neck makes it quite comfortable to hold.”

Karl Too of Omakase + Appreciate in Malaysia’s capital, Kuala Lumpur, admires Bacardi for the same reason, along with Tanqueray No. TEN gin, Fernet-Branca liqueur and Cointreau liqueur. “They have better grip and fit right on my palm,” he says.

Taking it a step further is The 86 Co.’s Fords gin, designed by bartenders, for bartenders. “The 86 Co.’s bottle design has the bartender in mind, and I love using them for that reason,” says Josh Suchan, the beverage director at Skylight Gardens in Los Angeles. “In this revived age of bartending, bartenders are pushed to the limits to produce beautiful, multicomponent cocktails in the shortest time possible. It is imperative that the design of the bottle both houses a quality ingredient and is easy to handle.”

Some of the most iconic bottles, however, were designed by drinkers, not pourers. “The Maker’s Mark bottle was created by my mom, Marge,” says Bill Samuels Jr., whose family founded the legendary bourbon. “In the 1950s, the Maker’s Mark bottle hit shelves with a unique bottle shape, and it gurgled when you poured it. It was the first nonfunctional use of sealing wax in liquor package design. The red wax really popped on the bar shelf.”

Other bottles rely on lore and mythology to achieve a similar effect. “I have always had an interest in the mysterious legend surrounding the crystal skulls that have been found around the world,” says comedian Dan Aykroyd, who launched Crystal Head vodka in 2008. “The legend inspired us to use the crystal clear skull as a vessel. The skull bottle is one of the most unique packages in the market.”

Antiquity was the inspiration for one of the bartending world’s most divisive bottles, from Galliano. “The tall, slender shape of the Galliano bottle, with many tapered flat sides, was inspired by the columns of the ancient Roman temples and the mighty glory of the Roman empire,” says brand manager Tanya Cohn. Towering above the rest of the liquor shelf, it’s often too tall to even fit on a backbar.

Rashid Barrett, who just took over the massive whiskey program at Seven Grand’s newest location in Austin, puts it into cinematic perspective: “Coming to work in a bar that spans 55 feet and is covered from top to bottom with 430-plus bottles of whisk(e)y runs akin to the scene in Indiana Jones and the Last Crusade, when the Grail Knight asks him to choose among the various aesthetically and decadent grails to sip water from the fountain of immortality.”

Sensing the increased need to keep themselves comfortably in the hands that pour them, liquor brands are coming around to the school of form following function.

“I think there is a trend toward more user-friendly bottles,” says Adam Fournier. “The redesign of the Elijah Craig and Old Forester bottles speak to that. They’re simple, clean and feel right in your hand when mixing cocktails.”

Although bartenders have to care about bottle design as a matter of professional necessity, there are so many ways why it’s worthy of consumer consideration. Last, but certainly not least, among them: It makes for great bar talk. 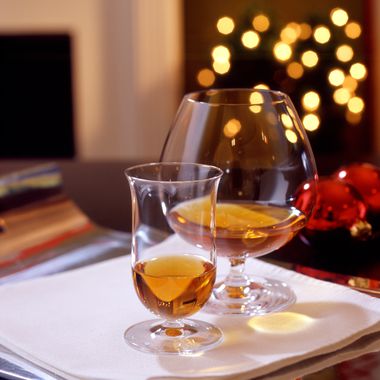 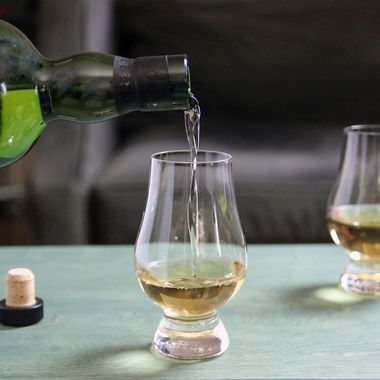 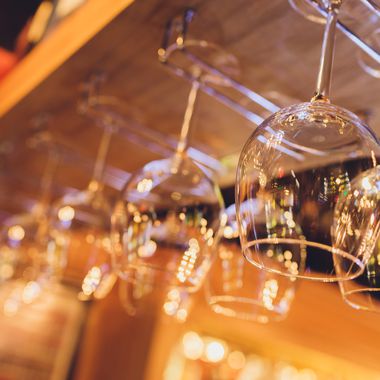 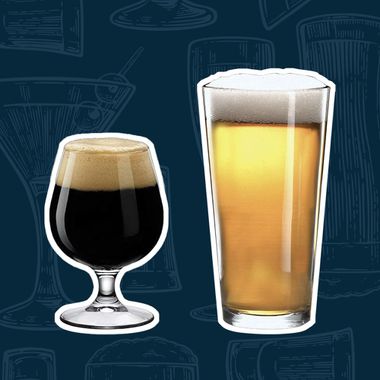 These 11 Beer Glasses Will Bring Out Your Brew's Best Potential 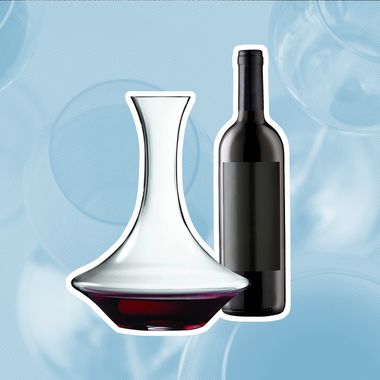 The 8 Best Wine Decanters in 2022, According to Experts 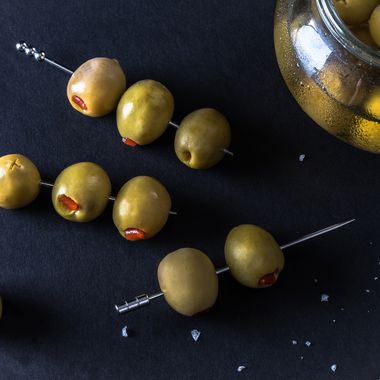 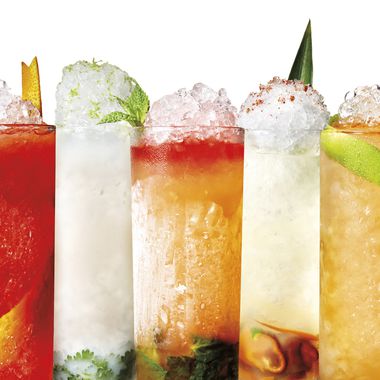