Absinthe has gained a romantic, nearly mythological reputation over the years. La Fée Verte—the Green Fairy as it is sometimes known—is entwined with stories of writers, artists and bohemians, especially those of the belle epoque and Roaring Twenties. But between the torrid legends of it inspiring hallucinations—even madness—there is an important and historic spirit. From the traditional, elegant Absinthe Drip to New Orleans’ iconic Sazerac, the herbaceous elixir has a historic role behind the bar, and bartenders today continue to find new, creative uses for it.

To help separate the myths from the facts, we turned to one of the world’s leading absinthe experts, Ted A. Breaux. The professional scientist and researcher has been studying the Green Fairy for decades and was instrumental in getting absinthe back on store shelves in America. He also created Lucid Absinthe and founded Jade Liqueurs. These are the five most common myths he hears.

Certain absinthe marketers love to capitalize on their product’s most prevalent and illicit reputation, but it’s no more likely to make you see things than vodka, whiskey or tequila. Recent scientific studies—some of them co-authored by Breaux himself—“have demonstrated beyond doubt that pre-ban absinthes contained no hallucinogens, opiates or other psychoactive substances,” he says. “The most powerful ‘drug’ in absinthe is and has always been a high volume of neatly disguised, seductively perfumed alcohol.”

Classic Cocktails You Should Know: The Scofflaw 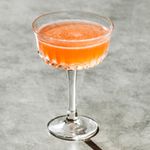 2. Absinthe Was Banned Because It’s Hallucinogenic

So if absinthe isn’t hallucinogenic, why was it banned in most European countries and the U.S. in the early 20th century? “Absinthe became a victim of its own popularity when the French wine industry and temperance movement targeted a common scapegoat to promote their respective agendas,” Breaux says. In reality, according to Breaux, it was “cheap, adulterated versions of the drink” sold by unscrupulous manufacturers—not unlike bathtub gin during Prohibition—that caused problems.

Until 2007, this particular myth had some truth to it, as absinthe was still banned in American markets. Today, there are more than a few options on liquor store shelves. “A few exceptions aside, the quality and authenticity of absinthes found in the U.S. market is very good,” Breaux says. And that means they’re made with Artemisia absinthium, aka grande wormwood, the herb that gives the liquor its name and its flavor. “In contrast, the EU market remains heavily contaminated with offerings that amount to flavored vodka and green dye posing as absinthe, many being offered at prices well beyond their value,” he says.

4. Absinthe Is from the Czech Republic

In the early 1990s, after the Velvet Revolution, the Czech Republic received a surge of “tourists willing to pay a premium for any bottled green (or bluish) liquid labeled ‘absinth’.” The truth is that the spirit was invented in Switzerland around the turn of the 19th century and was produced there and just over the border in southeastern France. “During the height of its popularity [in the late 1800s], more than 95 percent of the world’s absinthe was produced in that region,” Breaux says. 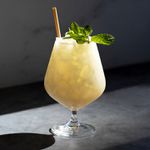 5. Absinthe Should Be Served with a Flaming Sugar Cube

The classic method of serving absinthe involves slowly dripping water into a stemmed glass of the spirit, often over a sugar cube held on a special perforated spoon. During the process, the spirit will louche, which means to turn cloudy and opaque. But in “another tradition that magically appeared in the 1990s,” Breaux says, the sugar is first soaked with alcohol and lit with a match. Though impressive, the “fire ritual” is designed to distract from the fact that a cheap and artificial product will not louche. 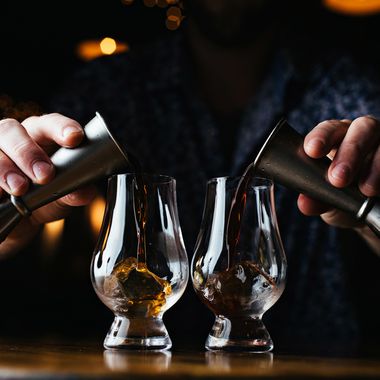