Or so the story goes. The novelist had stopped into Havana’s El Floridita bar, not far from the hotel where he lived during much of the 1930s. On his way out, he noticed the bartender setting up Daiquiris. Never one to walk past a drink, Hemingway took a sip. Not bad, he said, but he preferred them with no sugar and double the rum. The bartender made one as specified, and then named the drink after him.

A bar. A man. A drink. “Those are the facts,” writes drink historian Ted Haigh in Vintage Spirits and Forgotten Cocktails, “and from there the story goes straight to hell.”

The bartender may have called this drink the Papa Doble, which, with some ingredient additions, morphed into the Hemingway Daiquiri (or possibly the Hemingway Special or El Floridita #4). The exact history is a matter of considerable contention among cocktail sleuths, who have been poring over the clues ever since Hemingway walked out of the bathroom.

But of course, there’s what really matters: Is this a good drink?

Turns out, trusting Hemingway on cocktail quality is like trusting an NFL linebacker on how to make pasta. His concern was more about quantity than quality—Hemingway proudly claimed the El Floridita house record of 16 double Daiquiris. Of course he didn’t want sugar in his Daiquiri; those 16 drinks, if traditionally made, would have involved nearly two cups of sugar. If the alcohol didn’t kill him, the sugar certainly would.

Hemingway’s sugarless Daiquiri never really caught on the way the Dry Martini did. Try one: You’ll find it surprising that something can be so bland and so undrinkably tart at the same time. But it evolved over the years into something much better.

Argue all you want about the composition and history of a true Hemingway Daiquiri; I just figure it’s a traditional Daiquiri with a Bohemian streak—the sugar reduced at one point and grapefruit juice and maraschino liqueur added at another point to give a bit of depth and sweetness.

However it got there, it’s a fine drink.

Add all ingredients to a cocktail shaker and fill with ice. Shake, and strain into a chilled cocktail glass.

Wayne Curtis writes about drinks for The Atlantic Monthly and is author of And a Bottle of Rum: A History of the New World in Ten Cocktails . 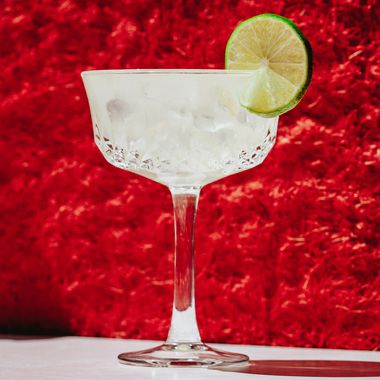