The principal behind a string of single-spirit focused bars, including Williamsburg’s first rum bar, Roneria Caracas, and six tiki bars in Russia, Orson Salicetti is not intimidated by a challenge. His latest project, an effort to bring Baijiu to the masses, might be his most difficult to date.

Baijiu, a Chinese spirit typically distilled from sorghum, is relatively unknown in the States, but that did not deter Salicetti from opening Lumos, his Baijiu-centric bar in New York’s West Village, last April. Before opening, he did copious research: he ran around Chinatown in Flushing exploring the flavors of Chinese candy, “because cocktails are nostalgic and should remind you of your childhood.” He sampled a wide range of alternative milks–from almond to rice to mung bean–consumed regularly in China, then started making his own at the bar. And, of course, he drank a lot of baijiu.

Salicetti then did what he does best: he started making great cocktails featuring the spirit. In China, Baijiu is typically consumed straight-up, served both at home and at banquets. But Salicetti knew that cocktails were the way to get New Yorkers hooked on baijiu.

The almond cocktail, made with Mianzhu Daqu Baijiu, has a marzipan-like flavor enhanced by the addition of star anise. The Goji, which features Goji berry–infused HKB Baijiu, mescal, pink grapefruit juice, agave and orange bitters, is finished with a dusting of fruity Aleppo pepper and rimmed with smoked pink Himalayan salt that is flambéed with absinthe.

While the majority of Baijiu is distilled from fermented sorghum, it can also be made from rice, wheat, millet or barley. It’s generally aged in ceramic vessels, but to court drinkers more accustomed to Scotch or Bourbon, Orson started aging it in small American oak barrels cured with Benedictine and vermouth. He is also making baijiu infusions in flavors that include persimmon and bay leaf and a numbing, spicy infusion of Szechuan and black peppercorns with cilantro that has serious Bloody Mary potential.

Salicetti modeled Lumos on 1920s Shanghai, and the dark, narrow space, down a steep flight of stairs, is hidden away on Houston Street. The hideaway stocks 40 types of baijiu, many of them never before seen in the States. Salicetti admits that the spirit can be a hard sell amongst non-native drinkers, but he’s undetered by the challenge of winning converts, one cocktail at a time. After all, if the Venezuelan-born barman can successfully launch Tiki bars in Russia, introducing China’s most beloved spirit to the cocktail capital of the United States should be a breeze. 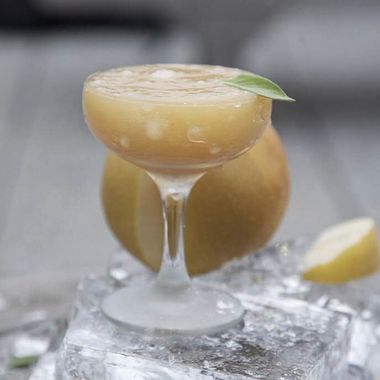 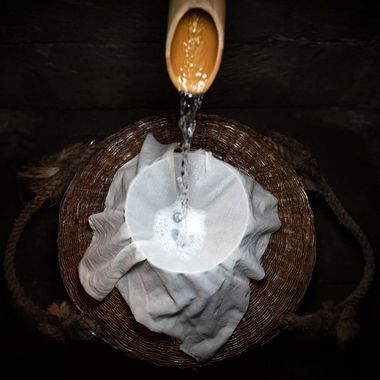