Is poitín the moonshine of Ireland? In some ways, yes. But that wouldn’t be doing the spirit justice. Poitín (pronounced po-cheen) is traditionally distilled in a pot still, from where it gets its name, the Irish word pota (pot)—or depending on who you talk to, póit, meaning hangover. But don’t worry—as with any spirit, the good stuff shouldn’t leave you with a hangover. Distilled from grain, potatoes, cereals, whey, sugar beets or molasses, poitín can evoke white whiskey or vodka with its own complex, robust flavor profile. But it’s a spirit you don’t find much outside of Ireland.

Thankfully, poitín maker and bar manager Dave Mulligan is changing all that. And where else but from the great city of Dublin? “My father gifted me a bottle of illegal poitín from his hometown, Sligo, in the west of Ireland,” he says. “After a late night of drinking and talking about the history, I became a man obsessed. How has nobody done anything with our national spirit?”

Some have tried. Houston’s Irish-inspired restaurant and bar Poitín features more than 20 cocktails on its menu, yet only two include the Irish spirit. This is partly an access issue, as up until now only a few brands are imported to the States. The Sun Tavern had the biggest poitín collection in the world with just under 20 bottles at last count, but it’s predominantly a whiskey and beer bar.

Mulligan attempted the first-ever poitín bar, Shebeen, in London, which closed in 2015 when the building was sold. Focusing more on his poitín brand instead of finding a new location, he came back to his native Dublin and, after a successful pop-up run, began to look for the right space for Bar 1661, which opened in July.

The biggest boon to the beloved Irish spirit was it finally becoming legal again in 1997 after a ban that dated all the way back to 1661. As one of three Irish spirits protected and standardized by the EU (Irish whiskey and Irish cream liqueur being the other two), poitín is an Irish staple. Not unlike unaged whiskeys, it can range from clean to bracing. It can also be funky like a rhum agricole or even smoked, appealing to Islay scotch and mezcal fans. But there are a lot of misconceptions, says Mulligan. “We want Irish people to drop their preconceptions of what they believe poitín to be,” he says. “We have grown up in a culture that tells us we should fear our national spirit, like it’s some sort of dangerous liquid ... when most people don’t know how, why or where it’s produced.”

Poitín has a rural history—not unlike moonshine in the South or mezcal in Mexico—produced on farms and in home stills. While malted barley has historically been the more common base, some distillers opted for corn, potato or even treacle mash bills, resulting in a quality that’s highly variable. A government designation in 2015 brought a more streamlined poitín definition, as well as a spike in production. Options are better than they’ve ever been for the drinking public, and more imports are on their way to the U.S.

Mulligan stocks more than 25 different poitíns (and counting) and has been distilling his own recipe since 2013 at Echlinville distillery. Bán poitín has a base of potatoes, malted barley and sugar beets. Its Barrelled and Buried limited-edition release is a smoky stunner of the same base aged in peated whiskey casks and buried underground, which adds spiced notes to the malty profile. “Farmers by trade, we grow and malt all the barley used in our spirit,” says Mulligan. “This is the way it traditionally would have been done and something no other producer can currently claim.”

Poitín treasures abound on 1661’s backbar. Besides distilling an Irish gin, Galway’s Micil distillery produces a poitín with a beautiful agricole-like funk, which translates to its special heritage edition with a smoky, peated barley base. Bar 1661 also houses some of the last bottles of gems like the now-defunct 1512 Spirits poitín, once produced by San Francisco barber Salvatore Cimino in 2012.

Mulligan and his team built the bar’s beautiful wood tables and bartop themselves, evoking a refined tavern look in a circular corner building that exudes a warm glow at night. Ordering a pint of Guinness, Irish craft beers or Irish wines is as welcome as digging into a flight of poitín. You’ll also find rare Irish ciders and pommeau-like apple port from Killahora Orchards in County Cork.

Then there are the cocktails: more than 20 on the menu, with a majority showcasing poitín, though there’s a whiskey highball section and cocktails featuring Irish spirits like gin. They also source ingredients from local grocers and seasonal foragers.

Tributing both the Irish Coffee and the city of Belfast, 1661’s Belfast Coffee cocktail already feels like a signature drink, made of Bán poitín, local cold-brew coffee, cream and nutmeg. It’s a drink Mulligan says could give “the Espresso Martini a run for its money. Poitín needs this modern classic. Cachaça has the Caipirinha, pisco has the Pisco Sour, and we now have the Belfast Coffee that could be made in any decent bar around the world.” 1661 also offers a poitín cocktail for every palate, like the Barney Kiernan’s, a drink of Micil poitín, coconut, oats, stone fruits and citrus.

“For me, the future of poitín is in cocktail bars,” says Mulligan. “With such a rich history, culture and heritage behind the category, [poitín] is ideal for venues looking to give their customers that extra experience.” 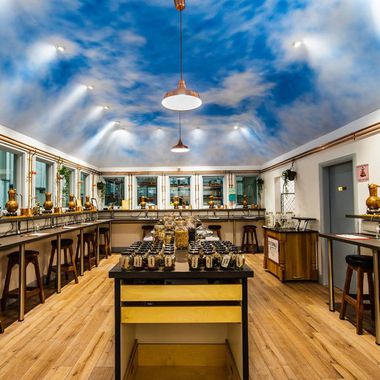 Irish Gin Is Having Its Botanical Moment 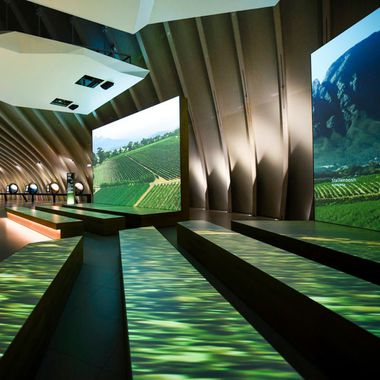