How They Got It Right: Amor y Amargo

Sure, amaro is all the rage now. But when Amor y Amargo (Spanish for “love and bitter”) debuted in 2011, it broke barriers as the country’s first bitter-based bar. In fact, there still aren’t many like it today.

Beverage director Sother Teague took something of a gamble when he built a menu bereft of sugar, shakers, juice and vodka, and it paid off in spades. But how did his small watering hole in lower Manhattan go from risky business to big splash. (Spoiler alert: It involves both love and bitters.)

Amor y Amargo isn’t a big bar. It comfortably seats about a dozen patrons, with standing room for perhaps a dozen more. Limited space requires efficiency in execution. A simple menu offers 10 drinks, positioned from lighter- to fuller-bodied. “The idea from the beginning was to showcase cocktails that heavily featured both tincture and potable bitters,” says Teague. “We use no juice or mixers of any kind.”

Although the concept began its life as a pop-up, it resonated quickly with an East Village crowd thirsting for something different. A permanent address was thus guaranteed, directly under the shadows of Death & Co.

Today, the backbar features three levels of shelves densely lined with every major brand of amer and amaro imaginable. But the single-ingredient focus involves more than just procuring specialty product. The bitters, contends Teague, are merely a specific vehicle through which to deliver broader passion. “I’m most proud of our enthusiasm for guest engagement,” he says. “The team and I strive to make everyone feel welcome even if what we offer isn’t for them.”

And to be sure, bitters aren’t for everyone—at least not at first. Because evolution steers our taste buds to sweet and its associated burst of life-supporting energy, the more medicinal flavors exist as the very definition of an acquired taste. Teague and company have always placed a high premium on helping newcomers acquire it.

“We pride ourselves on maintaining a casual educational platform,” he says. “I’m often saying, ‘There’s no better place to get an education than a bar,’ and I mean it. Tasting, talking, showing and sharing the potables with people creates real connections and lasting impressions.”

Building community extends to either side of the bar. For his part, Teague fosters camaraderie by giving credit where it’s due. “I credit the team on the menu for each item,” he says. “After every listed drink, there are the initials of the drink’s creator. There are several names in the menu of bartenders who no longer work with us. I do this to create provenance. Our drinks have been seen on menus around the globe, and it’s great to know they can be traced back to us.”

In fact, the bar’s most iconic creation, the Sharpie Mustache, was invented by a former barman who now slings suds and spirits on the opposite end of the country. Served in a flask, it’s an easy-drinking blend of gin, rye, Bonal gentiane-quina and Meletti amaro. After becoming a hashtag sensation on social media, the recipe traveled to Seattle, where it was barrel-aged, with the leftover cask being used to finish a local whiskey.

Another Amor y Amargo staple is the 8 Amaro Sazerac, which has remained on the menu since the bar’s opening. “It’s rich and deeply complex yet not as bitter as it sounds,” says Teague. “It’s a great example of the message we’re trying to send.”

Teague seems genuinely humbled by his bar’s lasting success. Don’t expect to find any arrogant, condescending bartenders under his watch. “We remain acutely aware that the drinks and wares play second fiddle to the atmosphere of conviviality and welcome,” he says. “We don’t lord our knowledge over people. We joyfully share it.”

Indeed, spreading the gospel has helped shape the surrounding drinking scene. Nowadays, rather than standing out as a single-focus bar, Amor y Amargo is viewed first and foremost as just a damn good one.

“A high tide raises all boats,” says Teague. “We genuinely want everyone to know as much as possible about what we do—our passion—so that we can continue to do it.” It turns out, the business of bitters can sure be sweet. 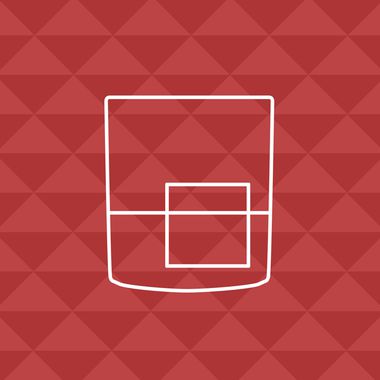