Because alcohol plus ice cream is as delicious as it sounds.

Even for the least nostalgic among us, there’s something playfully naughty about taking beloved childhood treats, like cookies, cakes or brownies, and making them a little bit more adult through the addition of alcohol. And when temperatures begin to climb, it’s time to explore one of the best ways to simultaneously get your tippling fix, stay cool and feed this wistful urge: alcoholic ice cream.

Sure, liquored-up popsicles and slushies are refreshing ways to lick or sip your favorite cocktail, but it’s the delicate balance of innocence and cheekiness—of creaminess and booziness—in spirit-drenched ice cream that hits a real sweet spot on a sweltering afternoon.

Over the past several years, a crop of boozy ice cream companies have started to pop up across the country, from New York’s Tipsy Scoop (with products that pack a whopping 5% ABV), to Arizona’s SnöBar, which serves up Brandy Alexander and Grasshopper ice cream. But if you’re looking to play ice cream bartender at home, the recipes below from Meagan Burke of F&B Department, a now-defunct blog that was devoted to boozy desserts, are simultaneously simple and will cure your cocktail cravings.

“These are all cheesecake-based ice creams,” says Burke. “They mix up easily in a blender, and there’s no risk of yucky egg curdling." Don't go overboard with the alcohol, however. "More booze can be added to the recipes, but of course they won’t freeze as well,” she warns.

Rum and ginger are two great flavors that go together fantastically well. Just think of the Dark ’n Stormy, the most well-known cocktail to combine the two. And now imagine that flavor combination in ice cream form. As if that weren’t indulgent enough, imagine topping it with a heavily spiked chocolate-rum sauce. You've found your new favorite dessert.

Caffè Corretto (“corrected coffee”), essentially espresso spiked with alcohol, is a favorite Italian treat. A shot of freshly brewed espresso is even better, Italians know, with a hit of brandy, grappa or sambuca added to it. Even better than that? Having it in ice cream form. The result? A sweet, boozy, caffeinated delight that’s even more perfect as an after-dinner indulgence than either the traditional shot of espresso or glass of sambuca.

Bourbon plus cheesecake plus berries equals a heavenly indulgence. All of it in ice cream form? Even better. Because after all, while there probably is such a notion as too much of a good thing, that limit is tough to reach when delicious bourbon is involved. 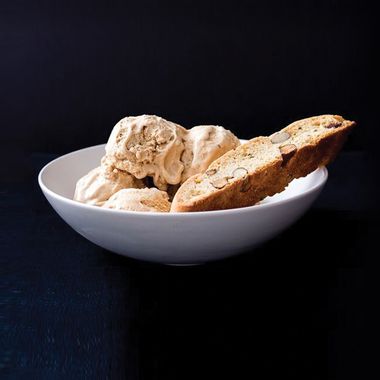 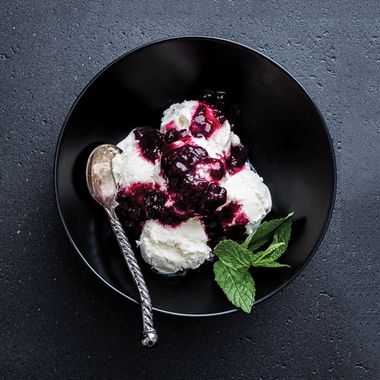 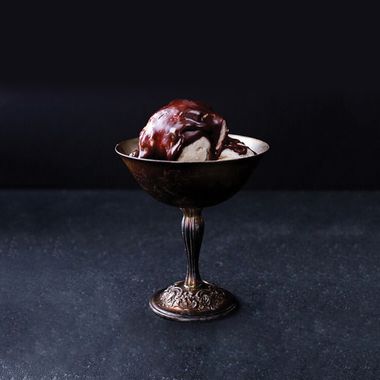 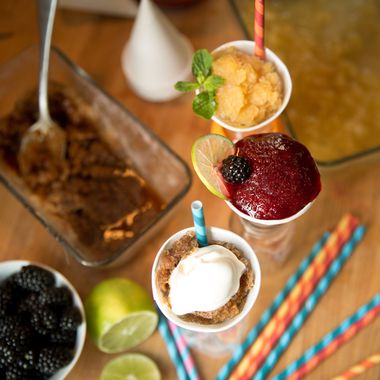 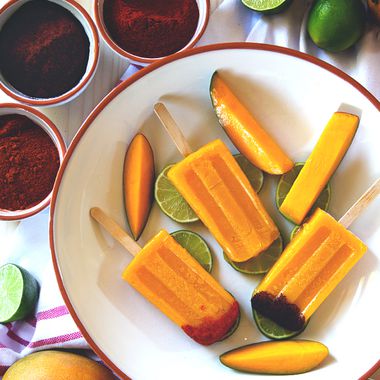 6 Boozy Treats to Beat the Heat 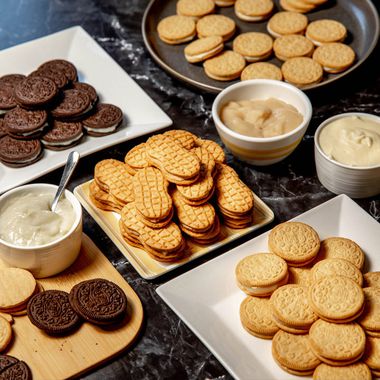