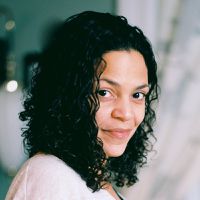 If you call yourself a tequila lover, you might be concerned about the reported agave shortage resulting from the soaring price of the spirit’s raw material. The spiky bluish-green plant whose heart is used to make tequila cost under 4 pesos (roughly $0.21) per kilo in 2016. Today, the price is about six times higher at 23 pesos per kilo ($1.26).

“Agave prices are cyclical,” says Jenna Fagnan, the president of Tequila Avión. “Tequila comes from a plant that’s unlike, say, corn or grain, which can grow back every year. It takes seven to 10 years for an agave plant to grow.” Fagnan says that the price per kilo can fluctuate wildly during its lifecycle.

When Avión launched in 2010, the cost of agave was less than 1 peso per kilo. The brand, like others, has had to absorb the cost of far more expensive raw material. So far, it hasn’t passed that cost on to the consumer and doesn’t plan to. But, Fagnan says, “It depends on how long the price surge lasts and how long everyone can hold out.”

It takes a little more than 11 pounds of agave to make a bottle of tequila. Today, the average blue agave plant, the kind required to make tequila, weighs in at about 110 pounds or more. Sounds like a healthy yield, right? And yet, the tequila-producing region of Mexico, centered on the state of Jalisco, has been plagued with agave shortages for generations.

As the prolific producer of some of the best tequilas on the market, Carlos Camarena explains that the cycle of shortage and glut has repeated itself every 15 years or so for more than a century. He says it stems from a combination of how long it takes for agave to reach maturity and the simple fact of supply and demand.

“When agave is scarce and expensive, everyone wants to plant,” says Camarena. Farmers who might otherwise plant corn or beans instead grow agave. Seven or eight years later, when the plants ripen, there’s an abundance of agave on the market, and the price plummets. The incentive to plant agave then disappears, and farmers switch to other crops. Another seven or eight years later, there’s another shortage. And the cycle continues.

“The surprising thing about this is that history repeats itself over and over again and human beings still do not learn,” says Camarena, who makes tequila brands Ocho and Tapatio. “We’re the only species in the animal kingdom that keeps stumbling over the same obstacle over and over and over again.”

He says that by 2021 the current shortage is expected to ease. Prices are then likely to plunge between 2023 and 2026, starting a new cycle that could bring another shortage in 2032 or so.

However, even taking the cyclical nature of agave into consideration, tequila makers today are dealing with record-high costs. The situation, some say, has become dire. Agave farmers have reported plants being stolen right out of their fields. Some producers have responded by hiring armed guards to patrol the plants at night. Smaller brands are unable to keep up.

“What we’re seeing a few years ago was an influx of inexpensive 100-percent-agave tequila brands,” says Fagnan. “We’re seeing a lot of those go away.”

Since 2002, the tequila category has experienced 158 percent growth overall in revenue, with the premium segment of the market spiking more than 600 percent. Most super-premium brands are 100 percent agave, while value brands tend to fall into the mixto category—a mix of 51 percent agave spirit and 49 percent derived from “other sugars.”

In the early 20th century, all tequila was 100 percent agave. As the spirit’s popularity grew, producers struggled to keep up with demand. The minimum amount of agave required was reduced. The resurgence of 100-percent-agave tequila is both a positive return to the spirit’s roots and a trend that endangers its sustainability.

Today’s agave shortage is exacerbated by brands that harvest unripe plants, as young as two or three years old. Such immature agave haven’t yet developed the sugars required to make quality tequila, so producers must turn to legally sanctioned additives, such as caramel or glycerin, to rectify their faulty product.

Aside from calling for the use of only blue agave grown within the five designated tequila-producing states of Mexico, the regulations don’t specify how the plants should be farmed or the maturity level they should reach before harvest.

“Most producers are scrambling to buy agave wherever they can,” says Fagnan. “It’s unfortunate because they don’t know where the plants are coming from, their age or whether they were grown using chemicals, fertilizers or pesticides or even how the jimadores (those who harvest agave) were treated.”

Avión is made by the Lopez family, who started as agave growers and source plants from their own fields or those they manage through long-term contracts. Camarena also owns his own fields and is an advocate of farming practices that preserve the land for future generations. Owning one’s own agave fields can certainly help a producer manage the price surge, but few brands do.

The burgeoning mezcal industry is now facing its own scarcity issue. Mezcal makers in the southern state of Oaxaca, which as the heart of the industry produces more than 80 percent of brands on the market, also contend with the cyclical nature of agave.

The most common species there is espadín, which has a similar lifecycle to blue agave. Mezcal production has more than tripled since 2011, and with dozens of new brands launching each year all vying for raw material, the price per kilo of agave has inched ever higher.

Another factor driving the price surge is the growing popularity of agave syrup. Some syrup companies have started sourcing their agave in Oaxaca, where agave is more than half the price of that in Jalisco.

“Every bartender cares about where the agave for their mezcal was sourced,” says Danny Mena of Mezcales de Leyenda. “But they don’t think to ask where the agave nectar or lime in their cocktail comes from.”

The biggest concern, says Graciela Angeles Carreño of Mezcal Real Minero, is the growing demand for mezcal made from wild agave. The agave for tequila and most mezcal is farmed, but rare species grow wild in the mountains of Oaxaca and other mezcal-producing states in Mexico. Americans, trained to value varietal wines, are learning to appreciate mezcal made from specific wild agave varieties. It could lead to something worse than a shortage; it could lead to extinction.

To help boost agave populations, both Mezcales de Leyenda and Mezcal Real Minero practice semi-wild cultivation, where the seeds of wild agaves are collected and planted in nurseries rather than relying on Mother Nature to do the job. After six months to a year, the plantlets are returned to the wild, dramatically increasing the number of agaves that make it to adulthood. The hope is that these measures will help ensure the future sustainability of the spirit and the industry and help mezcal makers, most of whom are poor rural farmers, navigate the increasingly volatile market for agave.