Bitters are often used in cocktail-making like salt and pepper in cooking: If you’ve ever mixed up a Manhattan or an Old Fashioned, you’re almost certainly familiar with the flavor-bolstering properties even a few drops can provide. But at Brooklyn’s Fort Defiance, head bartender Zac Overman, now the owner of Seattle’s L’Oursin, put them front and center in his Piña Colada riff.

In 2014, Overman started hosting a weekly Tiki night at Fort Defiance called the Sunken Harbor Club, which has since morphed into a tropical bar of the same name above Downtown Brooklyn’s Gage & Tollner restaurant. In creating this drink for that series of events, he found inspiration in Giuseppe González’s Trinidad Sour, which calls for a previously inconceivable ounce and a half of Angostura bitters. He employs an equally huge quantity of the ingredient more typically measured in dashes in his Colada twist. “The Trinidad Sour is 100% the reason this drink exists,” says Overman. “Nobody thought to use bitters as a base spirit before.”

The Piña Colada might not be a true Tiki cocktail, but its tropical nature made Overman’s drink right at home alongside his takes on Tiki classics like the White Zombie at his Sunken Harbor Club pop-up. “Ango has all of the warm baking-spice notes that so many Tiki drinks evoke, taken to the nth degree,” he says. “I think of it as a supercharged over-spiced rum in this cocktail.”

The bitters that form this drink’s base have an alcohol content similar to that of most spirits, about 45% ABV, and Overman adds a half-ounce of Smith & Cross rum for additional aromatics. If you don’t have that specific brand on hand, opt for a strong and funky pot-still rum that can stand up to the Angostura’s intensity; he also recommends the Younger bottling from Hampden Estate, another Jamaican producer. “As long as the bottle you choose makes you pull the gas face, it will work,” he quips. The one non-negotiable, according to Overman: the drink’s namesake bitters. “I tried this with Peychaud’s at some point, but it was gross,” he says. “No offense to Peychaud’s! It just didn't work.”

Just as the Sunken Harbor Club has evolved beyond a weekly pop-up into a brick-and-mortar bar, the Angostura Colada has cemented its status as a modern classic. A version has landed on the menu of the Brooklyn hotspot, where it has been upgraded with a housemade coconut cream, an acid-adjusted pineapple juice, and a flash blend, but the recipe below hews closely to the original. Shake one up, and you might just look at your bottle of bitters a little differently. 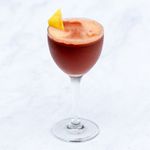 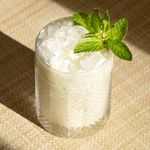 Piña Verde
10 ratings
Rate This Recipe
I don't like this at all. It's not the worst. Sure, this will do. I'm a fan—would recommend. Amazing! I love it! Thanks for your rating! 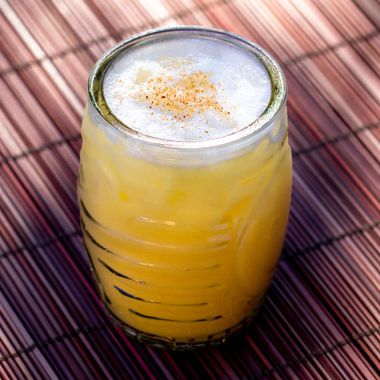