Tequila and mezcal are just the beginning.

The agave plant is a source of much more than tequila. In fact, the first recorded agave beverage predates the currently popular spirit by thousands of years.

As far back as 1000 CE, the Aztecs fermented the sap of the agave plant, called aguamiel, to produce, quite literally, a nectar of the gods: The plant was sacred in Aztec culture, embodied by the goddess Mayahuel, and as such the resulting liquid, called pulque, was reserved for priests and emperors. When Spanish conquistadors arrived in Mexico in the 1500s, they brought along distillation methods, and when they ran out of their beloved brandy, the story goes, they improvised with mud and clay to turn agave into mezcal (some archaeological evidence of the spirit dates back to pre-Hispanic times). Tequila, a type of mezcal derived from blue Weber agave, was first commercially distilled by the famous Cuervo family in 1758 and received an official designation of origin (DO) in 1974, but blue Weber is just one of hundreds of species of agave.

It’s important to note that most of the drinks in this guide aren’t “other” agave spirits at all but types of mezcal. Although the Consejo Regulador del Mezcal (CRM) has limited the production of bottles labeled mezcal to just nine Mexican states, spirits including bacanora, raicilla, and sotol use mezcal-making methods that have been around for centuries in Mexico. Pulque, meanwhile, might get overshadowed by its agave relatives stateside, but the milky fermented beverage is as ubiquitous as the others in its home country. These are four names every agave-spirit fan should know.

This mezcal variety is most distinguished by its rich history in the Mexican state of Sonora, where it has been made for hundreds of years with the agave pacifica plant. As is the case with most mezcal, the hearts of the plant are roasted and cut into pieces, then cooked in underground ovens and crushed to extract the juices, which then ferment naturally in vats. Unlike tequila and most mezcals, bacanora is distilled just once rather than twice, typically in copper stills.

Although the spirit has existed for hundreds of years, bacanora production wasn’t legalized until 1992, and it received a DO in 2000. David Hernandez, an agave expert and the director of bars at Waldorf Astoria Los Cabos Pedregal, describes the flavor as mild and herbaceous, with flavors of grass and green apple.

This fizzy fermented beverage predates even mezcal by thousands of years, with records dating back to the Otomi civilization in 2000 BC, and its history is indeed the stuff of legends. Hernandez cites a favorite story: The agave plant was hit by lightning, causing the liquid to leak, and the Aztecs developed a taste for the nectar, which made them “happy and brave.” (Read: They were drunk.) Although pulque was reserved for gods and emperors during Aztec times, Spanish conquistadors erased its sacred associations during the Inquisition, turning it into a drink of the masses.

Modern-day pulque is made in much the same way it has been for millennia: Aguamiel, or sap, is collected from the heart of a mature agave plant, then naturally fermented in a barrel. The resulting liquid is milky, yeasty, and slightly sweet, with roughly the ABV of a regular beer. Today, pulquerías dot Mexico where locals can enjoy pulque with casual snacks like chicharrónes, says Hernandez. It is difficult if not impossible to find pulque stateside, as the perishable beverage doesn’t lend itself to mass production—one of many reasons to pay its home country a visit.

“Funky” is the word often used to describe Mexico’s answer to moonshine. Although it was first imported to the U.S. in 2014, this mezcal variety has been made for centuries in the western part of Jalisco (and one Nayarit municipality), where it received a DO in 2019. Raicilla translates in Spanish to “little root,” so named in the 18th century to deceive authorities and avoid alcohol taxes.

Coastal raicilla is made mostly from angustifolia and rhodacantha wild agave varieties, while mountain raicilla is most often produced with maximilana and inaequidens. Like most mezcal, raicillas are made with juice extracted from roasted agave hearts, although the process will also vary based on geography: Coastal raicillas usually employ earthenware pits and traditional wood-fired stills for roasting and distillation, while mountain raicillas typically use above-ground ovens and copper stills.

Many of the rules governing raicilla are still being drafted, meaning expressions of bottles labeled as such can vary widely. Generally speaking, raicilla is more aromatic than tequila, but it doesn’t have the characteristic smokiness of many mezcals. Hernandez says you’ll sense flavors of wet earth, peppers, tropical fruits, citrus, and minerals. It is often served chilled due to Jalisco’s tropical climate, but as with most spirits, Hernandez suggests sipping it at room temperature so the flavors can express themselves.

First things first, sotol is not an agave spirit: It is distilled from the desert spoon shrub, known formally as Dasilyron wheeleri, which was incorrectly lumped in with the agavacae family until the 1990s. Biology aside, Hernandez and others consider sotol a mezcal due to the traditional processes with which it is made. The desert spoon plant, which takes six to nine years to mature, is roasted in above-ground (and sometimes underground) ovens in a process that is nearly identical to that for making traditional mezcal. Juices from the crushed plant are then fermented in open-air vats and distilled in column or pot stills.

True to its name, the desert spoon plant flourishes in desert climates as far south as Oaxaca and as far north as the American Southwest. The drastic daily temperature changes of the desert affect the plant, says Hernandez, producing an earthy and mineral-like spirit. The liquid is also often aged in oak after distillation, imparting flavors of burned wood, chocolate, and vanilla to reposado, añejo, and extra añejo expressions (unaged expressions are labeled plata).

Sotol received a DO limiting its production to the Mexican states of Chihuahua, Coahuila, and Durango in 2004. However, the DO does not apply to sotol beyond the confines of Mexico, meaning American producers like Texas’s Desert Door can label their products sotol. 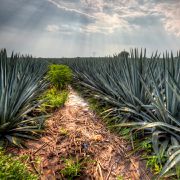 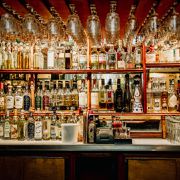 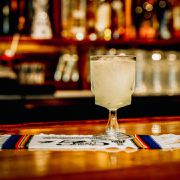 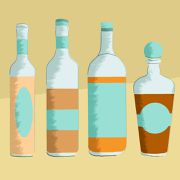 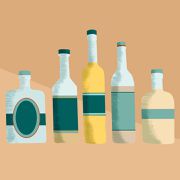 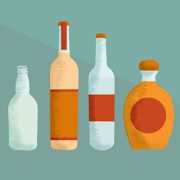 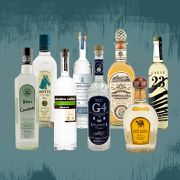 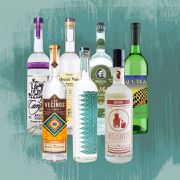 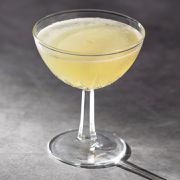 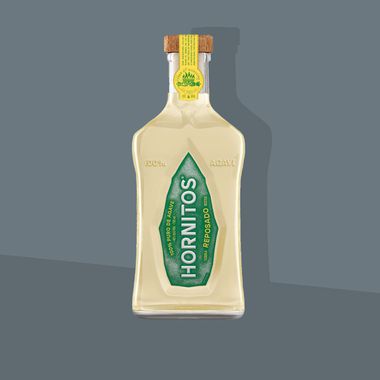