We’re all just so happy to be back in bars.

This year, as restaurants and bars opened back up, vaccines were the hottest shots in the country. (I’ll take a triple, please.) Fabulous, immersive bars sprang up from the hospitality ashes, even as some industry favorites, having survived the pandemic, shut down for good. In a reversal of its bubbly boom, hard seltzer sales actually started to fall, just as we started to guzzle Martinis (or “Martinis,” or, hell, any drink poured by a professional into a Martini glass). Still, bar owners can’t quite decide on the national mood: do we want intimate speakeasies, a bar with a sweeping view, a dance party, or a dive? Yes, yes, yes, and yes. It just depends on the night of the week.

While enduring a garbage year-and-a-half, bar pros embraced some real screw-it-all lowbrow drink combinations. Death & Co. partner and White Claw devotee Devon Tarby kicked off the party with a popsicle and Black Cherry hard seltzer. John deBary, a champion of “Drink What You Want,” gave the world “two-ingredient cocktails” à la pineapple soda and Montenegro, absinthe and Yoohoo, Gatorade and yellow Chartreuse. Later in the year, Sother Teague of Amor y Amargo and drinks writer Robert Simonson hung out and made electric yellow Mountain Dew-Suze highballs, and Instagram commenters chimed in with their favorite “lowballs,” including Chartreuse and grape soda and Barolo Chinato with Cherry Coke. No, the world hasn’t gone mad. We’re just having a little fun.

Last winter, we ordered canned drinks to-go. And this holiday season we’re navigating four-deep throngs of Friday-night revelers. Bars are back, baby. It’s like a game of Bingo in which every guest wins a refill to their emotional well. In the last year, have you cried in a bar? (Check!) Caught up with old friends, met cool strangers, danced awkwardly, drank perfect cocktails, and, most importantly, soaked up all the hospitality missing from our lives? (Bingo! You win!) Still, it hasn’t exactly been an easy year for the industry. Lots of pros chose not to return to bartending after finding new careers and hustles. Those who’ve remained have had to deal with more than a few badly behaved customers and now double as bouncers-slash-health-mandate-enforcers. To all you beverage pros out there, thanks for all you do (and mix and shake). We’re so glad to see you again.

Scan a cocktail menu these days, and chances are you’ll find some Martini variation or even tableside Martini service with perfectly chilled everything and dainty accoutrements. But in the last year (at least in New York City, where no one needs to drive after drinking), restaurants and bars are opening with full-fledged Martini lists. Why settle for a single house Martini when you can have four—or six, as at the roaringly popular Temple Bar, or seven, as at the equally popular Gage & Tollner, or even eight, as Bartender Antanas Samkus does at Les Trois Chevaux? At Jack & Charlie’s No. 118, guests can choose from classic specs, dirty, a shaken Bond-esque vodka-gin combo, a genever-and-sherry Martini, or the Hot Charlie, with gin, chile-infused bianco vermouth, and an onion. Nearby, at Nat’s on Bank, go for the Debbie Gibson or a Nat-Tino with Scottish gin, green tea shochu, vermouth, orange bitters, and sage. It feels like bartenders spent lockdown working through The Martini Cocktail, or at least bet we’d all need a stiff drink.

Was it stellar marketing from the newest crop of coffee liqueurs? The kids on TikTok? Our current ’90s nostalgia? Maybe we were just all tired and needed a boozy pick-me-up. Whatever the cultural influences, the Espresso Martini—bitter, sweet, boozy, and buzzing with caffeine—has made a remarkable comeback. Before it was a world-class bar, Dante housed a historic coffee shop, and its Espresso Martini combines aged rum, Drambuie, amaretto, sherry, honey cream, and bee pollen. Bartenders in Nashville are adding pumpkin spice to the cocktail. Coconut and salted panela round out the Espresso Martini at “sorta South American” Mercy Me in D.C., and at Thunderbolt in Los Angeles, the “Espresso” Martini is served, dangerously, on nitro draft. Apotheke, a Brooklyn-based fragrance brand, is even selling espresso martini candles modeled after the signature drink at Maybe Sammy’s in Sydney.

Sitting in one of the schmanciest new bars in New York City, I recently overheard a woman, without irony, call herself a Cosmo girl. It’s always cool to drink what you like, but Carrie Bradshaw’s return to television has given drinkers a permission structure to order Cosmopolitans with abandon. Bartenders are stoking the trend with refreshed specs. At Chicago’s Yours Truly, guests can choose vodka or gin for the Not Your Mom’s Cosmo with hibiscus tea, wild berry, and jasmine bitters. The Grill in D.C. has constructed a Cosmo Blanc with makrut-infused vodka, white cranberry, lime, Cointreau, and cranberry foam. There’s a cranberry ice sphere floating in the Cosmo at The Standard Miami and blue baby shark gummies garnishing the Jimmy's Baby Shark Blue Slushie, a frozen Cosmopolitan with Milagro tequila, triple sec, white cranberry, and lime.

Japanese-style bartending isn’t new in America. Angel’s Share opened in New York’s East Village the same year Meatloaf released “I’d Do Anything for Love.” But momentum has been building for years with bars like Bar Moga, Bar Goto (and sister spot Bar Goto Niban), and Katana Kitten in NYC; Kumiko in Chicago; Leather Apron in Honolulu; and Nunu in Philadelphia. Bars are snapping up Japanese whisky like it’s Pappy. Toki highball machines have been widely adopted (no Japanese pedigree required), and the machines’ ideal bubbles are being dispensed at spots as diverse as absinthe bar Péché in Austin, Rob Roy in Seattle, a microcinema and cocktail bar in Detroit, and Seven Grand whiskey bar in L.A. Three Japanese-style listening bars, where patrons listen to curated music on vinyl, have opened in 2021 in Denver, Chicago, and St. Petersburg, Florida, and new must-have cocktail books from Julia Momose and Masa Urushido will further inspire American bartenders to experiment with Japanese spirits, flavors, and techniques.

By their very nature, unaged distilled spirits are color and sediment-free. As of late, though, the intersection of two techniques has allowed bartenders to develop incredibly complex yet transparent cocktails. While they may look like a fancy glass of water, the drinks’ flavor profiles might read Taiwanese pineapple, tequila, pimento, Thai chile, ancho. Clarified milk punch, which began to take hold in American bars around 2015, has reached a fever pitch. Bartenders are clarifying White Russians and Piña Coladas; they’re experimenting with nondairy milk and cereal milk, and milkshakes. Add to the mix Dave Arnold’s techniques and affordable centrifuge, and bars (mostly the high-end type with dedicated prep teams) can kick the color and sediment out of juices and infusions while maintaining their flavor. At The Maybourne Bar in Beverly Hills, Chris Amirault is diluting his Martini with clarified, centrifuged cucumber juice; what looks like three ounces of gin has intense cucumber flavor. This isn’t a Crystal Pepsi moment; clear drinks are here to stay. 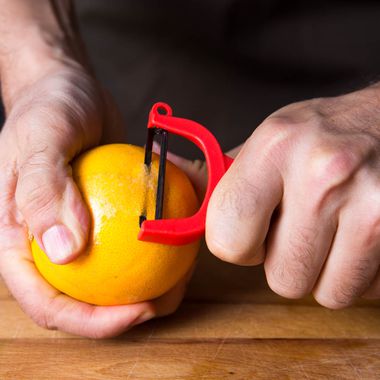 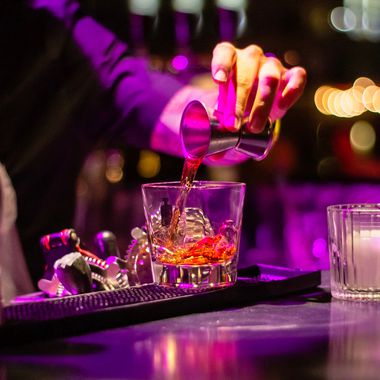